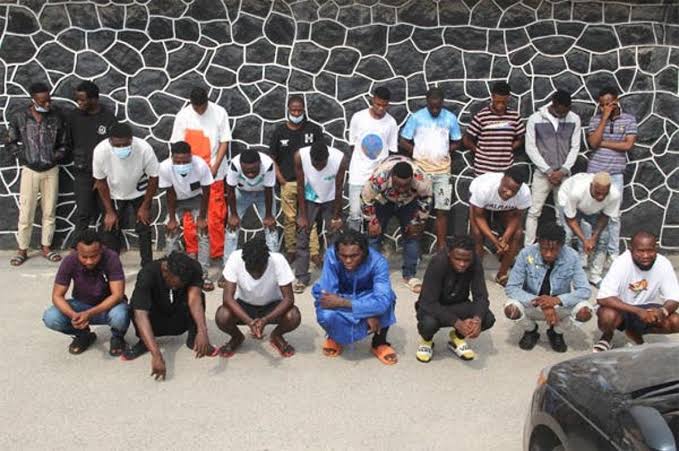 The Economic and Financial Crimes Commission (EFCC), on Monday, arrested 37 suspected internet fraudsters during a raid on their hideout in Ado Ekiti, the Ekiti State capital.

“The raid led to the confiscation of scores of vehicles, laptops, sophisticated phones and other items. The suspects are currently being profiled to determine their culpability in the alleged crime and will be charged as soon as investigations are completed”, Babatunde said.

You Are A Curse To Biafra Agitation’, Mefor Attacks Nnamdi Kanu Again

For The Record: President Buhari’s Full Speech At The Conferment Of...