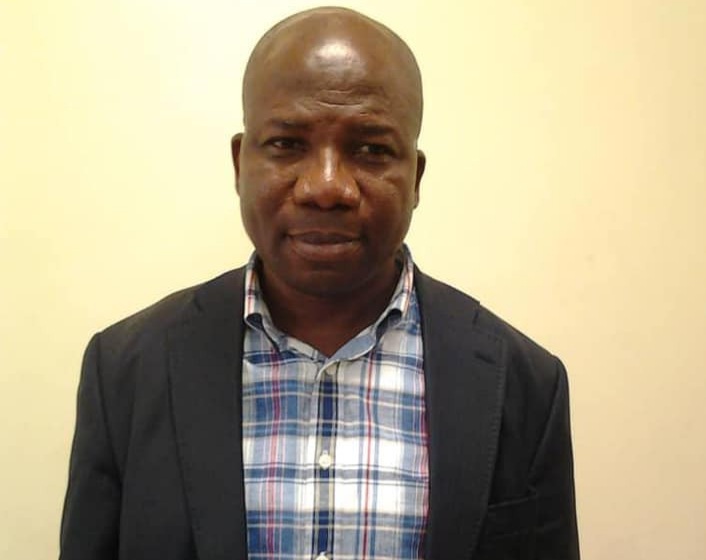 Asekun Kehinde Sakiru, a former Vice Chairman of the Lagos Island East Local Council Development Area, has been arrested by the National Drug Law Enforcement Agency (NDLEA) for possession of cocaine concealed in pairs of slippers.

According to a statement on Wednesday by the NDLEA spokesman, Femi Babafemi, Asekun was nabbed by the agency’s operatives at the Murtala Muhammed International Airport (MMIA), Ikeja, Lagos.

Babafemi stated that Sakiru is a ”notorious drug baron,” who has been on the wanted list of the agency since the arrest of some traffickers and drug seizures linked to him, adding that the long arm of the law caught up with the suspect at about 9.40pm on Friday 7th May, 2021 while trying to board a Virgin Atlantic airline flight to London, United Kingdom at the Lagos airport.

The statement further disclosed that at the point of his arrest, Asekun was caught with a kilogramme of cocaine concealed in five pairs of palm slippers packed inside his suitcase.

The NDLEA also revealed that In the course of tracking him, the sum of N131million was seized from his account and another N14 million also blocked in the account of one of his traffickers, Azeez Adeniyi Ibrahim, bringing the total sum so far recovered from him to N145 million.

Outdated! LASTMA Says Trending Video Of Its Officers Driving Against Traffic Not Recent

You Don’t Have The Facts! Oyo Faults Fashola On Lagos-Ibadan Expressway...