Home Scoop Drama As Abaribe Walks Out Of Plenary After Declining To Make Comments... 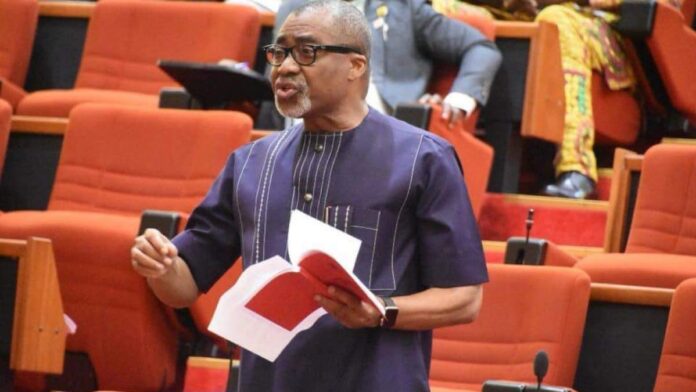 There was a mild drama in the Nigerian Senate on Wednesday as the Minority Leader, Enyinnaya Abaribe, walked out of the chambers after declining to make comments on the achievements of the 9th in the last two years under the Senate President, Ahmed Lawan.

The Senate had set aside the Wednesday plenary to celebrate the achievements of the Lawan-led Senate since it was inaugurated on June 11, 2019.

Lawan had invited Abaribe {PDP, Abia} to make his comments after the Senate Leader, Yahaya Abdullahi, had delivered his speech.

The Senate President thanked Abaribe for his comments and called others senators to make their comments, after which Abaribe walked out of the chambers.