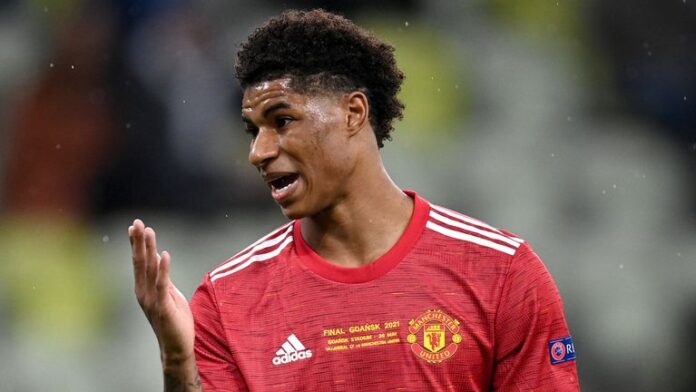 Manchester United forward, Marcus Rashford has revealed that he was racially abused on social media following the defeat of his team last in the Europa League final

The 23-year-old, said he received “at least 70 racial slurs” following United’s penalty shootout loss to Villarreal in Gdansk on Wednesday.

Rashford has previously been a victim of online attacks

United, who lost 11-10 on penalties, also tweeted later to say their players had been subjected to “disgraceful racist abuse”.

“At least 70 racial slurs on my social accounts counted so far,” Rashford wrote on Twitter. “For those working to make me feel any worse than I already do, good luck trying.

“I’m more outraged that one of the abusers that left a mountain of monkey emojis in my DM is a Mathematics teacher with an open profile. He teaches children!! And knows that he can freely racially abuse without consequence…”

I Will Do The Best I Can For Nigeria If Elected...