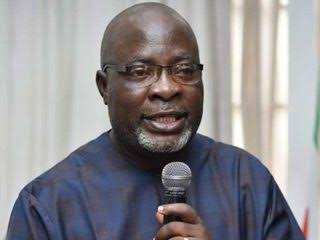 The Peoples Democratic Party (PDP) on Saturday appealed to Nigerian soldiers fighting the Boko Haram insurgents in the North-East not to be discouraged by the fate of the missing Nigerian Airforce Alpha fighter jet and its pilots.

The opposition party, made the appeal in a statement by its spokesman, Kola Ologbondiyan, while also expressing concern over conflicting reports and claims surrounding the jet and its courageous pilots.

The PDP also called on all patriotic Nigerians, especially leaders and members of the party at the current crucial period to appreciate the sacrifices of the soldiers in defending the nation despite the odds.

The opposition party equally urged the Nigerian Air Force to expedite action on its investigation on the matter so that Nigerians would be adequately informed.

Presidency Asks Kukah To Back Off Or Resign To Join Politics

Ortom To Atiku: Only Fulani Cannot Make You President