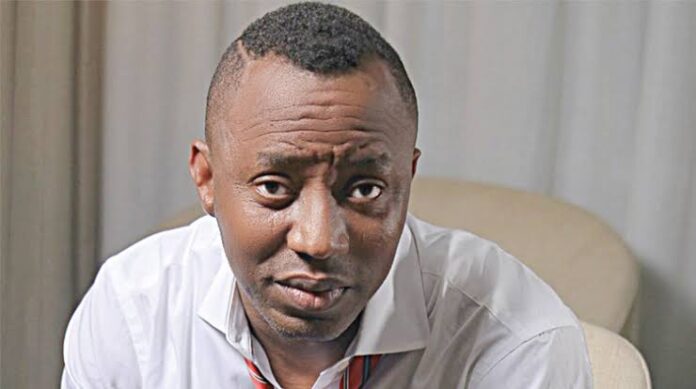 It would be recalled that Atiku had, on Friday, at a youth programme to commemorate the International Youth Day 2022, stated that he took an exception to the ongoing ASUU strike, condemning the inability of the All Progressives Congress-led Federal Government to resolve the lingering strike. He noted that it would never happen under his administration or a Peoples Democratic Party government.

Reacting to the statement by Atiku late Saturday, the spokesperson for Sowore 2023 Presidential Campaign organisation, Onyinye-Gandhi Chukwunyere, the campaign organisation noted that Atiku’s claim that such ASUU strike would never happen under his administration or a PDP government was a “reflection of Atiku’s dishonesty with the Nigerian people.”

According the AAC Campaign, education was grossly underfunded under the PDP government where Atiku was Vice President.

“We wish to remind Mr. Atiku that under the PDP government, with him as Vice President from 1999 to 2007, the nation’s education sector was woefully neglected and grossly under-funded. Indeed, the seeds of the current crisis in the sector were sown by that administration, and it was under its watch that the shameful trend of incessant ASUU strikes began.

“Atiku and his PDP oversaw about seven industrial actions by ASUU, including a major strike in 2003 which kept Nigerian students at home for about six months.

“The PDP’s disdain for the education of Nigerians was so pronounced that its budgetary allocations to education consistently remained below nine per cent of the national budget, and significantly off the 25% recommendation of the United Nations Educational, Scientific, and Cultural Organisation.”

The campaign organisation however said Sowore was ready to boost the education sector with robust plans of adequate funding for teaching, learning, and research infrastructure, as well as staff welfare.

“Sowore will make the aggressive investment in education necessary to propel the nation into the ambitious future we envisage,” the statement said.

I have Great Respect For Tinubu, But Nigerians Want A Young Vibrant Person –...

We Are Coming After You, Northern Indigenous Ethnic Nationalities Tell Marauding...

Greedy Husband In Police Net For Allegedly Conspiring To Kill His...