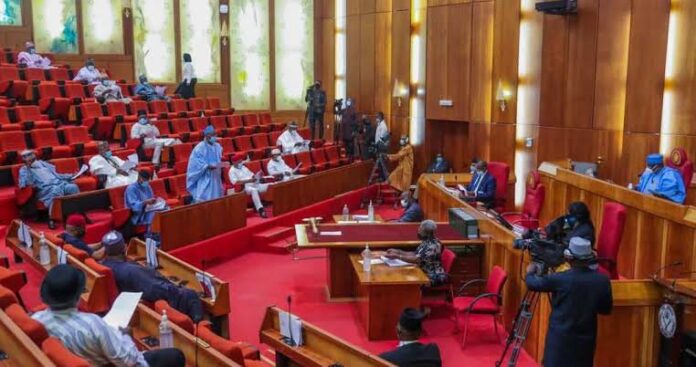 One of the few cheering news in the country in the course of this week was the decision of the Nigerian Senate to reverse itself on two major issues, electronic transmission of election results and the mandatory conduct of direct primary by political parties in the country to choose candidates for elections.

Cheering, because the ammendment of the Electoral Act has become a contentious issue that pitted majority of Nigerians, especially lovers of popular participatory democracy against the National Assembly on one hand and opposition parties against the ruling All Progressive Congress (APC), which for reasons best known to them, were opposed to electronic transmission of election results and direct primary.

Nigerians, who were ecstatic with the news are however oblivious of the Motive behind the U-turn made by the lawmakers.
NaijaNewsNow below reporoduces verbatim an insight provided by the Special Adviser to the President (Office of the Vice President) on Political Affairs, Senator Babafemi Ojudu on a WhatsApp group platform.
Enjoy it!

“We were at the FEC Retreat yesterday when the news came in that the Senate has passed an amended electoral law. With this action it is now mandatory for all the political parties to do DIRECT PRIMARIES .

“Members of the National Assembly have been threatening to do this since the Ward Congress of APC took place. Many of them were disenfranchised in their constituencies and had no hope of returning. Many were chased away from their Wards on the order of their governors. They could not vote and their supporters could not be voted. Those who emerge of officials at this level end up being delegates in INDIRECT PRIMARIES. The almighty governors let them know that their political careers are now at their mercies.

“If the Indirect mode of primaries were left in place most of the present lawmakers will not return in 2023 as many were not allowed in the past thus robbing the NASS of experienced members. The governors would have found new alter boys and girls.

“For those who may not know, Direct Primaries allow all members of the party in a particular electoral constituency to vote to elect who will represent them in particular elections. The Indirect Primaries allow only delegates to vote. Delegates in most cases are put in place by governors and godfathers. Governors also have huge funds to resource them. This gives undue advantage to the man currently in power and in money . It does not allow the emergence of the independent minded, most competent but the most malleable and sometimes most stupid.

“I was not surprised when at the retreat , friends who were governors and are now ministers or appointees were jubilant. They were so excited that they now have a window of opportunity to be relevant in their states again.

“It was an opportunity for me to tell them that you people were opposed to this when you were governors . Why are you converts now that you are no more governors. It is simply because there are new masters, new Lords of the manor now in their states and they too are experiencing the other side of life.

“Many are political exiles in Abuja having been driven out of their states by present governors and are now irrelevant in the scheme of things.

“Yesterday’s decision was a victory for the lawmakers and a loss for the despots in the states.

“It is also a victory for President Buhari who has all the while canvassed for mass participation in choosing candidates as opposed to the process that subsists and allow for manipulation. It is not as if the Direct Primaries are fool proof or perfect but it gives an advantage to a good organiser or a candidate loved by the people but detested by his governor, particularly when INEC may have to organize this.

“The lesson however is, governors today will tomorrow be no governors. Let us put in place a democratic and fair process that serves all of us. Not the one that gives us advantage today and tomorrow makes us hold the wrong side of the stick.”

You Are To Blame For Worsening Insecurity, APC Rep Tells Buhari...