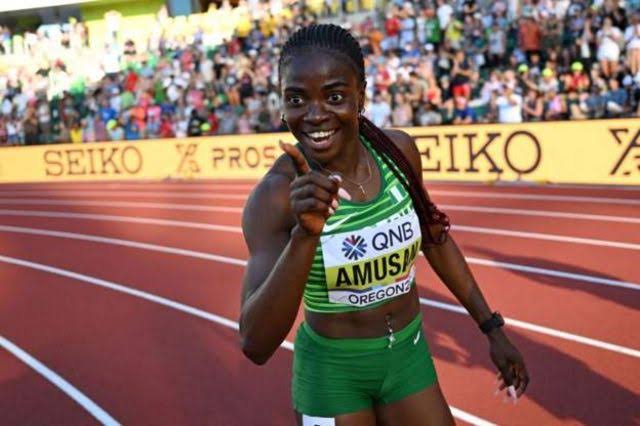 World Champion, Tobi Amusan of Nigeria has won the gold medal in the women’s 100m hurdles at the 2022 Commonwealth Games in Birmingham, United Kingdom.

Amusan defended her title at the Alexander Stadium on Sunday in the women’s 100m hurdles final.

She ran a Games record of 12.30s, setting other records as well, and becoming the first world champion to win gold and the first Nigerian athlete to do the same.

Having done it on another continent, Amusan made sure to replicate that fine display in Europe, proving that it was no fluke and that it was indeed her time.

The 25-year-old ran a blistering 12.30secs to claim the gold and also set a new Games Record in Birmingham.

Amusan’s win has taken Nigeria’s tally to 10 gold medals and 31 medals in total.

Drug Dealing: Abba Kyari Behaved As If There Is No Govt...