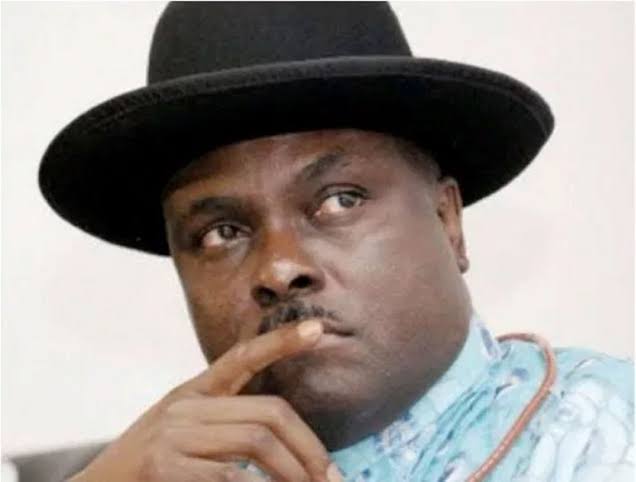 Kinsmen of former Delt State Governor, James Ibori has asked the Government of the United Kingdom to come out clean and repatriate all the £6.2 million seized from Ibori’s associates

The kinsmen under the aegis of Oghara Development Union (ODU) insisted that the money forfeited was £6.2 million and not the £4.2 the UK government is declaring.

The ODU, in a statement by its General Secretary, Lagos State branch, Sunday Agbofodoh, also called on the Federal Government to insist that every single penny that has been forfeited by Ibori’s associates in the London trial be returned to Nigeria.

“Nigeria should also demand the interest on the £6.2 million since 2012 because the money would not have sat idly in the bank without attracting interest.

“The Oghara Development Union stands squarely with Chief Ibori in maintaining his innocence, and so without conceding that Ibori was guilty as charged, and specifying that the forfeited houses were not bought with illicit funds, we nevertheless call on Nigeria to insist that the full worth of the three buildings seized through a court order, be repatriated to Nigeria,” the Union stated.

Youths Rally In Support Of Tinubu In Lagos (Photos)

Don’t Cause Problems For Yourself Because Of Tinubu’s Ambition, Bode George...

‘Why We Are Being Conservative’, Finance Minister Explains Why FG Is...