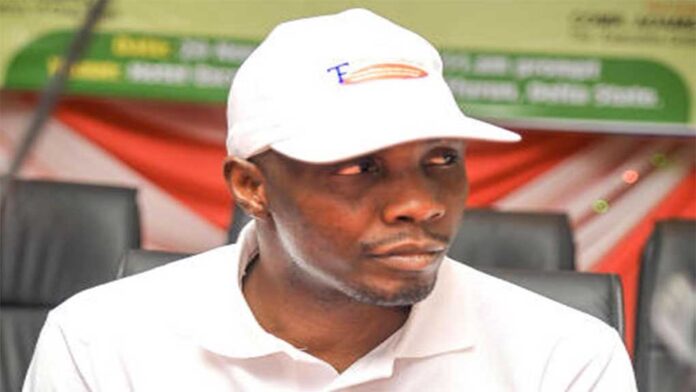 A former leader of the Movement for the Emancipation of the Niger Delta (MEND), Chief Government Ekpemupolo, popularly known as Tompolo, has issued a seven-day ultimatum to the federal government to constitute a substantive board for the Niger Delta Development Commission (NDDC).

The former MEND leader also warned that failure to constitute the board will lead to total breakdown of law and order in the region, in the magnitude that will render the recent protests by the Ijaw Youth Council {IJC} Worldwide as a child’s play.

Tompolo made the thread on Sunday in an open letter addressed to President Muhammadu Buhari, describing the appointment of a sole administrator to run the activities of the NDDC as unlawful and unacceptable to the people of the region.

The letter read: “I have watched and observed with keen interest, the circumstances surrounding the constitution of the NDDC board for some time now. I would have continued to keep watching and observing, but for love of the region and the country.

“The continuous running of the Niger Delta Development Commission (NDDC) by a sole administrator at the instance of the minister of Niger Delta Affairs Senator Akpabio, is undemocratic and anti-development, hence unacceptable to the people of the region. The people of the region are averse to a one man show in a commission that is supposed to attend to the developmental needs of nine states, namely, Abia, Akwa-Ibom, Bayelsa, Cross River, Delta, Edo, Imo, Ondo and Rivers. It will likely set the region on fire, sooner than later.

“The act establishing the commission provided among other things that it will be administered by a board comprising of a Chairman, Managing Director, Executive Directors and Commissioners who will be drawn from the nine states that made up the region. However, this provision has been blatantly undermined by Senator Godswill Akpabio and his co-travellers in the Presidency. There is no provision for either interim management committee or sole administration in the act that establishes the NDDC. Common sense will tell you that the so called forensic audit that has been used by Senator Akpabio to strangle the commission could be best conducted with a substantive board that brings all representatives from the nine states and other parts of the country. As one from the region, Senator Akpabios initial mission to audit past activities of the commission was seen as welcome development, but later the people realised that it was a personal mission to feather the next of his 2023 political ambition. Clearly, the present state of the commission is abnormal and could throw the relatively peaceful region in the country into chaos and acrimony.

“Undermining the very clear provisions in the establishing act under the guise of an endless forensic audit is evil, and should be condemned by all well-meaning Nigerians. It is in itself an act of corruption as the people of the region have lost so many resources in the process of the so called forensic audit. No one can tell the amount of money that has been spent by Senator Akpabio in pursuing this divisive agenda. It is obvious that there will be another forensic audit to investigate the activities of Senator Akpabio by the time he let grip off the commission. This is disheartening and worrisome.

“Senator Akpabio has refused to pay contractors even after evaluation of work done. He has selectively paid his cronies and those in the list of political patronage. It is an open secret that some contractors have been made to part with up to between 30% and 50% of the contract sum. I ask, where is the equity and probity of this sole administration?

“There is no way things will continue in this manner. I am surprised at the recent silence of highly placed persons from the region on this matter. Perhaps, Senator Akpabio is not alone on this NDDC abduction. This must be a product of high wired conspiracy among persons from the Presidency, National Assembly and Security Agencies to perpetually silence all well-meaning Nigerians in this strange deal. Senator Akpabio should know that it is time to end this barbaric act as it will be concertedly resisted in the days ahead.

“Senator Akpabios temporal reprieve from the Ijaw Youth Council (IYC) protest is a childs play compare to what is to come in a few days. He is about to be awakened to the rage of the Niger Delta region.

“It is against this background that I wish to call on Mr President, members of the National Assembly and Security Agencies to work towards the constitution of the substantive board of the NDDC within a few days to avert a total breakdown of law and order that will equally affect crude oil exploration and exploitation activities in the region. I hereby proclaim a seven days ultimatum starting the date of this publication to inaugurate the substantive board of the commission.”

Gani Adams Puts Timeline To Nigeria’s Restructuring, Says It Must Be...