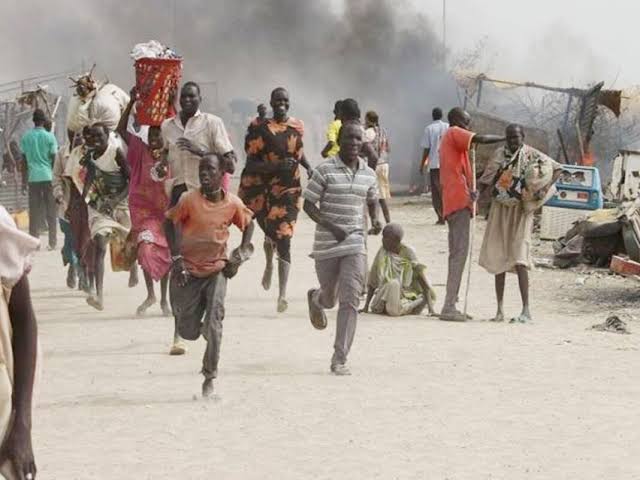 A communal clash between two border towns of Nyuwar/Jessu in Gombe State and Lunguda in Adamawa State have reportedly claimed five lives on Tuesday.

According to an eyewitness report, a misunderstanding between hunters from Jessu and Fulanis from Lunguda in Adamawa, led to the clash.

The eyewitness further stated that a group from Jessu had gone to the forest for hunting when Fulani boys saw them and raised the alarm. Their father reportedly started shooting, leading to a clash and burning of houses.

He said: “What we learnt was that when the Fulani boys saw the hunters they raised alarms that they are being attacked by the hunters and reported to their father.

“The Fulani then came and started shooting, up till now that I am talking to you they are still fighting and burning houses.

According to reports, Governor Inuwa Yahaya of Gombe State and other top government functionaries were said to be on their way to the scene of the incident.

The Gombe State Government has however imposed a 24-hour curfew on Nyuwar, Jessu and Yolde communities in Balanga Local Government area with immediate effect.

According to the Secretary to the State Government, Prof. Ibrahim Njodi, the decision followed the violence that erupted in the communities.

IPOB Insists ESN Is Not Involved In killing, kidnapping Of Monarchs In The South-East

Osuntokun Speaks On His Appointment As Obi/Datti Campaign DG