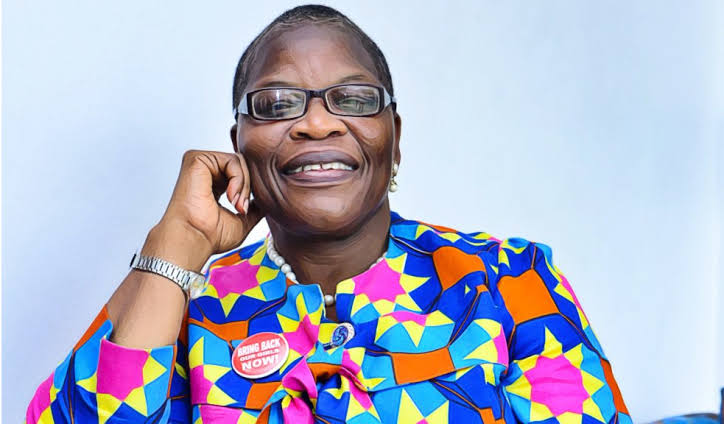 A former Minister of Education, Oby Ezekwesili, has called out President Muhammadu Buhari, describing his support for the embattled Minister of Communication and Digital Economy, Isa Pantami as showing his view on Terrorism.

Ezekwesili, a known critic of the Buhari administration and co-founder of the Bring Back Our Girls (BBOG) Campaign, stated this on Friday while reacting to a statement by the Senior Special Assistant to the President on Media and Publicity, Garba Shehu to the effect that the presidency is solidly behind Pantami against calls for his resignation or sack.

NaijaNewsNow recalls that Nigerians have been calling for Pantami’s sack over revelations of his alleged link to terrorist organisations such as Al-Qaeda and the Taliban.

She said: “In that singular act of siding with his Minister of Communication, @NGRPresident @MBuhari actually conveyed a message on his view of terrorism. Nigerians now know that his views align with that of his Minister. It is now left to Nigerians to convey whether we agree with them,” she tweeted.

“I do not agree with @NGRPresident @MBuhari and his Minister of Communication that any citizen can get away with such bloodcurdling rhetorics the latter made through the years. Worse that one who swore an oath to public office said and did the things @NigeriaGov has waved off.

“Yesterday’s action by our President was an anti-climax. He has persisted in badly managing our country’s diversity.

“Nigeria cannot at this stage avoid a genuine conversation about its future. The signs are all too obvious for all to see and act on.”

Fr. Mbaka At It Again, Warns Of Greater Danger Ahead, Calls For Kanu’s Release