Home Politricks Buhari’s Sallah Message: When A President Engages In Half Truth 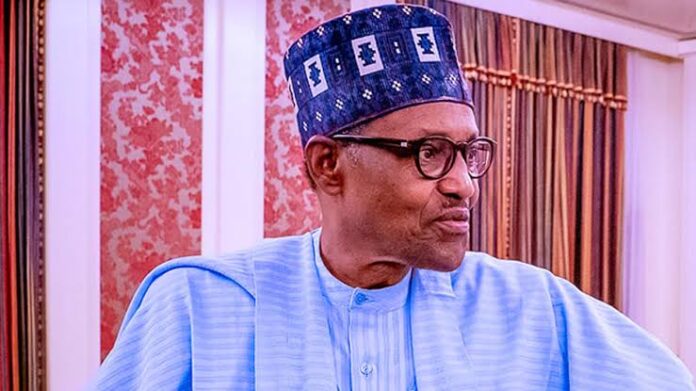 President Muhammadu Buhari, as it has become the tradition, gave his Sallah goodwill message for the 2021 Eid-el-Kabir celebrations.

Aside felicitating with Muslim faithful, President Buhari took time to lament the high cost of living in the country, especially as it affects the prices of food.

He identified flooding as having negatively impacted on local production of rice. He also fingered insecurity, as perpetrated by bandits and insurgents, which he said have prevented farmers from going to the farm and the activities of middlemen, which also said contributed to the soaring prices, calling on Nigerians, as usual to be patient with his government.

The President said: “No government in our recent history has invested as heavily as we are doing to promote local production of about 20 other commodities, through the provision of loans and several other forms of support to our farmers.

“Apart from the destruction caused to rice farms by floods, middlemen have also taken advantage of the local rice production to exploit fellow Nigerians, thereby undermining our goal of supporting local food production at affordable prices.

“As an elected president who enjoys the goodwill of the ordinary people that gave us their mandate, let me assure you that we are continuing with measures to bring relief to Nigerians, including making fertilizer available at affordable prices to our farmers.”

The President further highlighted the effects of insecurity on agriculture, noting that the current insecurity in the country “has produced severe and adverse effects on agriculture because farmers are prevented from accessing their farms by bandits and terrorists.”

The President, it must be acknowledged, was right in his assessment of the activities of middlemen as regards soaring prices and their exploitative tendencies, but we must also ask the President, who is to blame? Is it the middlemen, who are only doing their legitimate businesses and taking advantage of obvious loopholes or the government that have failed to put measures in place for farmers to access markets directly to sell their produce.

Certainly, it must be the government that has been unable to address the cost of transportation of goods from production points to the market, largely because of bad roads, activities of government agents that over taxed them while transiting goods and security operatives that equally exploit them on the road. These unnecessary expenses contribute to the soaring prices substantially.

The President was equally right when he pinpointed insecurity as one of the reasons for high prices of food items in the country, noting that farmers are unable to access their farms due to the activities of terrorists in the North-East and bandits in the North-West and parts of the North-Central.

But again, whose is to be blamed for this? The farmers, who are scared and and vulnerable to attacks and killing, just as the rice farmers killed in Borno? Or is it the terrorists and bandits, who do not care if every Nigerian starve to death, because that is part of their murderous intentions? It must the government that has failed to crush insurgency in the first six months of getting into office as promised and that continue to treat bandits with kids glove and lacking the will to smoke them out of their hiding places in the forests.

The above notwithstanding, a major sore point in the President’s Sallah message was his uncomfortable silence on the activities of herdsmen in the Southern parts of the country and the North-Central. No Nigerian alive today can, in all honesty and good conscience, feign ignorance on the effects of herdsmen nefarious activities on food production in the South and the North-Central. But the President, for whatever reason, failed to acknowledge that!

In Benue, famously regarded as the food basket of the nation, you must be a superman or have signed your death warrants to venture into your farm without adequate care or intelligence. The news media is constantly awash with reports of herdsmen, believed, with good reason, to be Fulani, hacking farmers to death on their farms after using their cows to destroy farms.

If a census of farmers, who are still engaged in active and productive farming is taking today in Benue, the result may just confound even President Buhari himself.

During a visit to Okunland in Kogi State, NaijaNewsNow discovered a horde of Tiv youths and elderly men and women, who have relocated to the area to continue with their farming business. Upon enquiries, the Tiv men and women said they fled their home stead because of herdsmen.

Though they were well received in Okunland, Fulani herders have continued to hamper their farming activities, just as they did in Benue, with the indigenous locals abandoning going to farm almost entirely for fear of the herdsmen.

The case of Oyo State, especially Ibarapaland, is well known to Nigerians already. Farming in Ibarapa have become a herculean task due to the activities of criminal herders.

A young enterprising Nigerian in Ibadan, confided in NaijaNewsNow how he had to abandon hectares of multi-crop farm in the adjoining villages to Ibadan after a close shave with death in the hands of murderous herdsmen.

In Ondo, the brushes an elder statesman, Chief Olu Falae and many others have had and are having with herdsmen are not hidden, leading to the Ondo State government declaring an ultimatum for herdsmen to vacate the state’s forests.

Ogun, Osun, Kogi, Kwara and Ekiti are equally not spared as the fear of herdsmen by farmers has become the ultimate wisdom!

It must also be noted that in the South-East, the activities of herdsmen against farmers and the general populace led to the formation of the Eastern Security Network (ESN), at least, that was what the Indigenous People of Biafra (IPOB) gave as reason. To that extent, ESN might not have been necessary if herders were not terrorising South-Easterners.

So one cannot but wonder why the President failed to acknowledge the effects of herders activities on food production and prices, except he does not either see them as a problem or that food production only takes place in the Northern part of the country.

President Buhari and his handlers will do well and improve on his rating, even by acknowledging of the fact that his kinsmen have been a great part of the developing food crisis in the country. Ignoring it or hiding this fact will only give him out as not being sincere in his self proclaimed efforts at finding a solution. An acknowledgement of a problem is the starting point to finding a solution!

Minister Calls For Removal Of Subsidy, Says Only The Wealthy Enjoys It

Saboteurs! IPOB Accuses Wike, Obiano, Others of Conspiring Against Kanu