Home Politricks Buhari’s Extended Stay In London: When Silence Is Not Golden 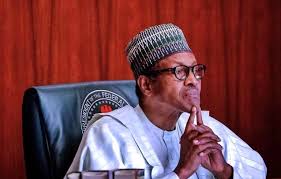 It is no longer news that President Muhammadu Buhari is in London, United Kingdom for what his Special Adviser on Media and Publicity, Femi Adesina, called a ‘routine’ check-up.

The President, who left the shores of Nigeria on the 30th of March, 2021, was billed, according to Adesina, to stay in London for two weeks, without hinting on a probable extension.

To drive home the point that President Buhari would only be gone for a few days, his Senior Special Assistant, also on Media and Publicity, Garba Shehu, equally argued that Buhari had no reason to handover power to his deputy, Vice President Yemi Osinbajo since he would only be in UK for a few days.

Shehu also argued that the President was only required by the constitution to handover to Osinbajo if he would be away for more than 21 days. However, the two weeks Adesina said President Buhari would be gone for has lapsed, as his current trip has entered the third week.

In as much as it may not be out of place for there to be an extension if the President’s doctors feel they are not yet through with his ‘routine check-up’, keeping Nigerians in the dark about the continued stay of their President in a foreign land, beyond the scheduled time, is wrong.

Though many are quick to argue that silence is golden, in the present case and circumstances, the silence by the presidency and the Federal Government cannot qualify for a ‘golden silence’ under any guise.

That the presidency has remained mute about the change in the date of Buhari’s return to the country, is to say the least, insulting to the sensibilities of over 200 million Nigerians, who deserve not just to know the date of his return but also his state of health.

The Presidency must know that as long as Muhammadu Buhari remains the President of Nigeria, his claim to privacy has been waved and there must always be a full disclosure, something the current administration has faltered dangerously upon over the years.

It is even more disheartening, smacking of insolence and a do-your-worse kind of attitude for the Minister of Information and Culture, Alhaji Lai Mohammed to refuse to comment on the development when he was asked by State House correspondents on Wednesday. Without offering any explanation, the minister disappointingly refused to respond to the question.

The attitude of the Presidency and the Federal Government at large, has only added to the insult heaped upon Nigerians by a social media aide to the President, Lauretta Onochie, when she said wailers should keep wailing, Buhari will keep going abroad for his medicals.

What President Buhari and the Presidency have however forgotten is that what is currently playing out can bring back the tensed situation that greeted the prolonged stay of the President in London the other time, when rumours were rife that he was dead. The mismanagement of the situation also led to insinuations that the man in Aso Rock is not the real Buhari but a cloned one, a certain Jubril from Sudan.

Though the Buhari administration has tried strenuously to deny the rumour, there are still Nigerians who are not convinced, and still insisting that they are being ruled by a foreigner in concert with a cabal at the Presidency.

Commonsense should have taught presidential handlers that travelling the same route will only again, plunge the nation into another round of tension and heated debates and unhealthy speculations. They should know that at this time and giving the precarious times the nation is, silence cannot be golden!

Eight Kill, 17 Others Abducted As Bandits Attack Communities In Katsina

EFCC Confirms Bawa Is Back To His Desk After Initial Health...

5G: NCC Allays Fears Over Health Concerns, Says It Has No...