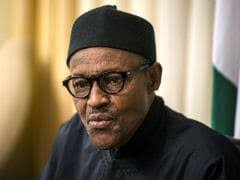 The Senior Special Assistant to the President on Media and Publicity, Garba Shehu, has revealed why President Muhammadu Buhari did not transmit power to his deputy, Yemi Osinbajo before embarking on a medical trip to United Kingdom on Tuesday, saying the President will rule from London.

Shehu, who appeared as a guest on Channels Television on Tuesday evening, said the constitution only requires the President to transmit power to his deputy if he is going to be away for more than 21 days.

He however prayed that there will not be any emergency that will arise that will require Buhari to spend more than 21 days in the UK.

Melaye Asks Obi To Apologise To Him, Says He’s ‘Unpresidential’

Protect Yourselves and Your Communities Against Terror Herdsmen, Lawmaker Tells Plateau Youths

Aisha Buhari In Senate To Witness Laying Of Reports On Constitutional...

NANS Suspends June 12 Protest, Says It Has No Hand In...