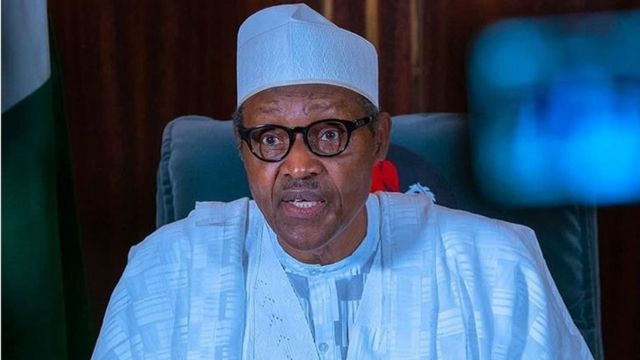 President Muhammadu Buhari on Friday passed the responsibility of effecting the much contentious calls for restructuring and devolution of power to the National Assembly.

The President, who noted that true devolution of powers is the panacea to the issues plaguing the nation, stated that only the National Assembly has the wherewithal to effect these changes within the framework of the constitution.

Buhari stated this while receiving in audience members of the Nigerian Inter-Religious Council (NIREC) led by Co-Chairmen, Sultan of Sokoto, His Eminence, Alhaji Muhammad Sa’ad Abubakar and President of Christian Association of Nigeria (CAN), His Eminence, Rev. Dr. Samson Supo Ayokunle, at the State House, Abuja.

The President said: “On the contentious issue of restructuring or true federalism or devolution of powers, as you all know, this is a constitutional matter with which only the National Assembly can deal.

“I remain an unapologetic believer in devolving power to the people and that is why I signed the Executive Order granting autonomy to State Legislature and Judiciary.

“Unfortunately, this was met with some resistance at the state level and led to a more than two months strike action that has cost the country a lot of pain.

“Luckily the National Assembly has nearly completed the constitutional review process, which I hope would address some of the burning issues agitating the minds of our people.’’

According to the President, the Federal Government would ensure the obliteration of criminality via the prosecution of financiers.

“Fortunately, this JUSUN strike has been called off and prosecution of some of these people would soon commence, while our security agencies expand their network in closing in on the others”, he said.

Sealed! Ronaldo’s Juventus Departure Perfected As He Jets Out of Italy

Igbo Youths Protest Against Ebubeagu, Vow Not To Stop Until Uzodinma...