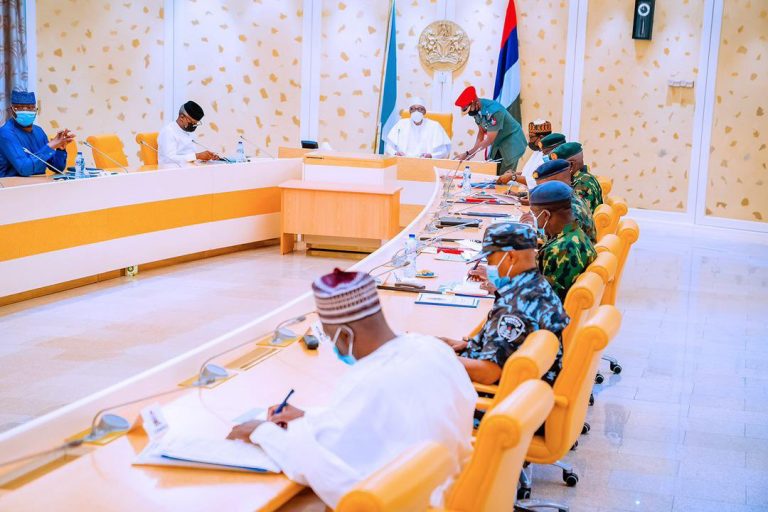 President Muhammadu Buhari and his deputy, Professor Yemi Osinbajo are currently in a closed door meeting with the nation’s security chiefs.

The meeting, holding at the Presidential Villa, Abuja, also has the Secretary to the Government of the Federation, Boss Mustapha; Minister of Defence, Major-General Bashir Magashi (retd.); and National Security Adviser, Major-General Babagana Monguno (retd.) attending.

The meeting is coming on the heels of increasing wave of insecurity all over the country, with insurgents, bandits, kidnappers and other criminals holding the country at the jugular.