Home Scoop Buhari Defends Appointments, Says They Are Based On Merit 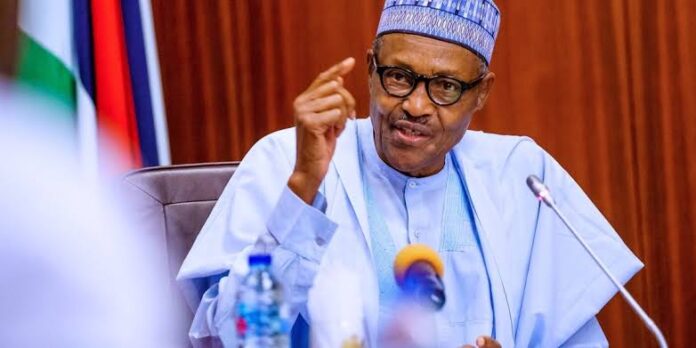 President Muhammadu Buhari has defended his appointments so far, saying they are based strictly on merit and not on the basis of ethnic or regional balance.

The President stated this on Thursday in an interview with Arise TV.

Buhari made the defence on the heels of allegations of appointing more northerners in strategic positions.

According to the President, he cannot jettison seniority and merit for balance and federal character.

This is however contrary to the Nigerian Constitution, which states that major appointments and other privileges should be shared in such a way that it reflects Federal Character; that is balance across the 36 states.

Buhari however said he cannot favour those who have spent shorter years in service over those that have stayed longer.

“People who have been there for 18 years or even for 10 years, they trained in Zaria or in Abeokuta, they come through the ranks.

“And because they served under all the circumstances, the crises and everything and they gradually rise to that status and you think you just pick somebody just to balance up? These positions have to be earned,” he said.

A quick check of the President’s latest appointment however run contrary to his submission, as the recently appointed Chief of Army Staff, Major General Yahaya Farouk, who is of Course 37, was picked above his seniors, who were of course 35 and 36.

It’s Not From Us, APC Denies Viral Zoning Arrangement