Home Politricks #BreakTheBias: Nigeria must not be missing in a progressive new world order 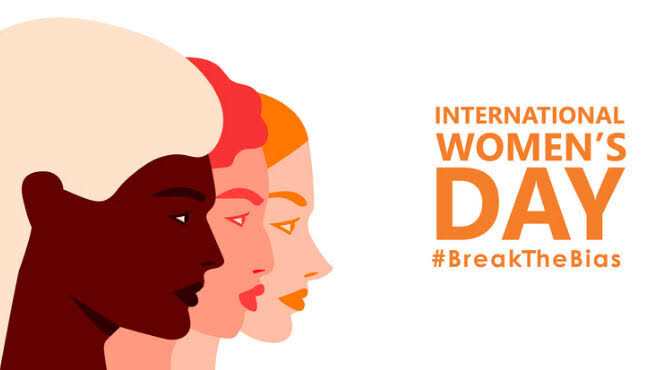 There was no missing March 8 on the global calendar for women. It has been forty-five years since the United Nations (UN) singled out that date to celebrate women, many years after being held under by a male-dominated wold system.

The early signs of emancipation had come in the early 1900s when Soviet Russia granted women voting rights in 1917. Since then, and in spite of that act of tokenism, the world appears to have moved rather too slowly to erase the discrimination against women, and attain a much desired gender equality.

The pace of progress towards parity has been particularly woeful in most developing societies, especially Africa where the patriarchal system still looms large and women remain largely relegated to the background. It must be said, though, that Rwanda has stood out as a shinning example, driven, perhaps, by the challenge to reinvent itself after a gruesome civil war that claimed thousands of lives.

The build up to this year’s International Women’s Day (IWD) had been quite remarkable, coming soon after the world began the early steps of recovering from a global pandemic that drove more African societies into economic quandary, and found its women taking up additional family responsibilities in order to contain the excruciating pangs of poverty.

Therefore, this year’s theme, #BreakTheBias, could not have been more apt. Not only had conversations around the event been very illuminating, the engagements have been very robust, especially in Nigeria where women in their thousands have, for several days, fiercely stood up to challenge the failure of government to systematically address the troubling issues of gender equality, and women’s rights, among others.

It was evident, given the events of March 1, 2022 that the women were not going to give up without a fight. On that day, lawmakers in Nigeria’s House of Representatives and the Senate, in separate resolutions, threw out five gender-related bills in the country’s bid to amend its constitution.

The bills would have had the salutary effect of
closing the perceived parity gap between men and women, notably in the area of access to political and socio-economic power. There had been hopes that the lawmakers would see reason, especially as incumbent President Muhammadu Buhari’s wife, Aisha, had, in a historic move, led a women’s lobby group to speak to the gender bills. But all that was to fall flat in just one day of deliberations at the National Assembly.

The development did not come as a total surprise to anyone who had followed the country’s political space keenly. My immediate findings showed that Nigeria’s constitution barely referenced women, even in its wordings.

Another damming discovery was a report which presented Africa’s most populous country as having one of the continent’s lowest female representation in parliament, ranking 181 out of 193 nations. This is according to the International Parliamentary Union.

In more specific terms, my searches had also shown that in the current Nigerian 9th National Assembly, women occupy only 7 out of 109 Senate seats, and 11 out of 360 seats in the House of Representatives. A comparative review appears to reveal an uneven growth, with 3 female Senators reported in 1999; 4 in 2003; and 9 in 2007. In 2011 and 2015, the number of female Senators had sadly declined to 7 respectively.

Before the March 1 rejection by the 9th Assembly, the 8th Assembly had also acted its own script. For three years, between 2016 and 2019, it ensured that the Gender and Equal Opportunities Bill (GEO) was frustrated and finally buried!

This writer is convinced that the most intricate game plan to keep women subjugated has been the rejection of the five gender bills which would have conveyed the following advantages on womenfolk:
—Citizenship to a foreign-born husband of a Nigerian woman, and vice versa
—Indigeneity through marriage
—20 per cent appointed positions for women
—35 percent affirmative action in party administration and leadership
—Extra seats for women at National Assembly

I still cannot fathom why Nigerian lawmakers acted the way they did before coming under intense pressure to rescind their positions. And, this is why my heart goes out to all women and other sympathizers who kept vigil to ensure that the travesty of justice at the National Assembly was reversed.

The shift in position by members of the House of Representatives, though not radical, represents only but a symbolic gesture, if viewed critically. Here is why.

Of the five gender-related bills, it resolved to revisit three namely: bills to expand scope of citizenship by registration, affirmative action for women in political party administration and provision for criteria to be an indigene of a state in Nigeria.

The House cleverly left out the bills on extra seats for women in legislative houses and the 20 per cent quota for women for appointment into federal and states cabinets. Noteworthy is the fact that the Nigerian senate is yet to adjust its known position even in the face of the ongoing protests by women in the nation’s capital.

A less than smart move by the federal government to assuage the feelings of women came in the hurried revision of the National Gender Policy, just a day after lawmakers rejected the gender bills. The government had said it was driven by the higher ideals to promote gender equality, good governance and accountability across the three tiers of government in the country.

Even as the world celebrates women, it is clear to this writer that Nigeria faces the danger of operating in the fringes in an emerging progressive world order, as government’s initiatives appear not far-reaching or half-hearted.

I am yet unconvinced that the reign of tokenism in our clime will effect the desired change needed to close the widening gulf between men and women, measured by access to opportunities across all human endeavours.

Perhaps, a significant leap would manifest in guarantees for equal employment opportunities, equal rights to inheritance, equal rights for women in marriage, equal access to education, and protection of rights of widows, among others.

One is constrained, therefore, to join the horde of courageous citizens, both women and men, speaking truth to power, and insisting that modern societies, Nigeria inclusive, must avoid discrimination against women and promote gender equality.

To this end, we must act quickly to overcome the euphoria of celebrations and continue to pile more pressure on recalcitrant politicians who have been blinded by an unprogressive patriarchal culture. To retreat is not an option at this time when Nigerian women have increasingly shown capacity for leadership, not just locally but globally.

While these giant strides should be celebrated, staying focused on the ultimate goals remains the bigger task. I dare say that the centre stage is where Nigerian women are destined. Let us work to #BreakTheBias.

Buhari To Igbo Leaders: Your Request For Kanu’s Release Heavy But...