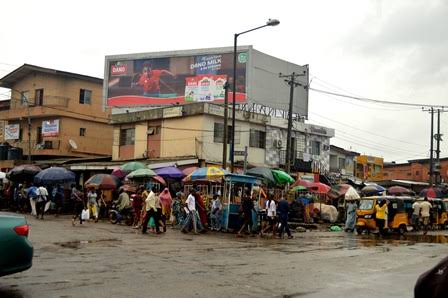 There is tension in the Ogba Bus Stop in the Ogba area of Lagos State as Hausa motorcycle riders clash with the police over alleged shooting of two Hausa riders by the police yesterday (Thursday).

According to eye witnesses, trouble started on Thursday after two Hausa riders been chased by the police were shot dead, leading to altercation between them, as the riders mobilised their colleagues in an attempt to set ablaze the Area G police headquarters located at the heart of the popular Ogba bus stop.

An eye witness, who has office at a complex at the bus stop, told NaijaNewsNow now that police officers from Area G, who had taken position to forestall any attack on the police facility, has called for reinforcements from nearby police formations.

According to the eyewitness, who does not want to be named, many people with offices and businesses in the area were forced to beat a retreat on Friday morning as it was obvious that all was not well.

You Are Being Haunted By Your Shadows, PDP Tells Buhari, APC