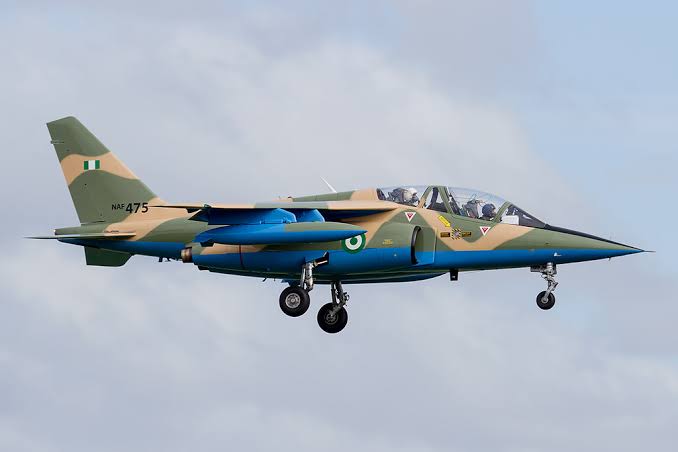 The Nigerian Air Force on Thursday said one of its fighter jets involved in the war against the Boko Haram and Islamic State West Africa Province (ISWAP) has lost contact with radar in Borno State and the whereabouts unknown.

This was disclosed in a statement by NAF spokesman, Air Commodore Edward Gabkwet, adding that the Alpha Jet lost radar contact on Wednesday evening.

Gabkwet said though the whereabouts of the attack jet was unknown as of the time of filing this report, search and rescue efforts were ongoing. He however failed to disclose the number of officers on board.

“A Nigerian Air Force Alpha Jet has lost contact with radar in Borno State, while on interdiction mission in support of ground troops. The mission was part of the ongoing counterinsurgency operations in the North East. The loss of radar contact occurred at about 5:08 pm on 31 March 2021.

“Details of the whereabout of the aircraft or likely cause of contact loss are still sketchy but will be relayed to the general public as soon as they become clear. Meanwhile, search and rescue efforts are ongoing”, the statement said.

Mild! Kaduna Court Sentences Teenager To 12 Strokes Of The Cane For Two iPhones

Woman Who Excreted 80 Pellets Of Cocaine Says She Wanted To...