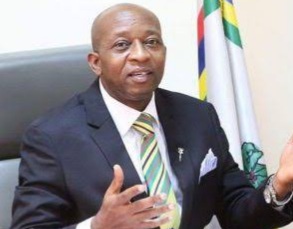 The lawmaker, who alongside his group, Abundance United Movement (AUM), gave the endorsement at a rally in Lagos, also declared that the South-East geopolitical zone of the country is not ready for the presidency.

According to Idimogu, an Igbo politician conducting his ‘political business’ in Lagos, the South-East is still divided, making it unripe to occuppy the highest office in the country.

He said: “I am Igbo, but from what I have seen, the Southeast is not ready for president. Right now, APC is at the national level, but how many APC states are there in the Southeast? Power is not given a la carte, you must work to get it.

“Things will only work for the Southeast if the Peoples Democratic Party (PDP) can take power there because the zone has been loyal to the party. But now the zone is not ready.

“Tinubu has shown me great love, especially when you consider my history of moving from the PDP to the APC. He has been committed to my political ambition. So, I feel the best thing is to say thank you by encouraging my people and supporters to pray for him to become president in 2023.

“We are also doing this on behalf of my great Speaker, Mudashiru Obasa, who is aspiring to become the senator representing Lagos West in 2023. He has a lot of achievements and he is one of the best 10 lawmakers in the country today,” he added.

The lawmaker, who hails from Imo State, also declared that Tinubu was the most qualified person for president in 2023.

He however urged the Southeast zone to align with the centre before it can stand a chance to vie for the president.

Idimogu’s declaration is coming amidst defeaning agitations for the South-East zone to produce the next President of the country to correct seeming political injustices that has been allegedly done the zone.

Though the Lagos Igbo lawmaker is within his right to endorse whoever he fancies for president and campaign for him, it is curious that a South-Easterner of Igbo extraction will blanketly dismiss the ambition of his own people on the alter of bread and butter politics.

Idimogu’s speech at the rally, no doubt, gave him out as a man who is ready to sell the ambition of his race if only it can advance his selfish cause and further butter his bread. It is this same trait that has over the years denied the South-East zone of their desire to occupy the nation’s number one seat.

The lawmaker, while giving his reason for dismissing the chances of the South-East, asked how many states in the zone are APC, forgetting that the ruling party is not the only one in the country that is capable of winning the presidency.

Idimogu should also be reminded that Olusegun Obasanjo became president without a single state in the South-West being PDP in 1999 and he went for reelection and won without having states in the zone defecting to PDP.

The lawmaker may as well follow his heart and ‘stomach’ in his desire for a Tinubu presidency, which is also legitimate but should, for the sake of posterity and the rights of others, desist from writing off his own people, a people intent on producing the next Nigerian president.

Breaking: Court Turns Down Kyari’s Extradition, Queries Malami On The Competence Of the Application