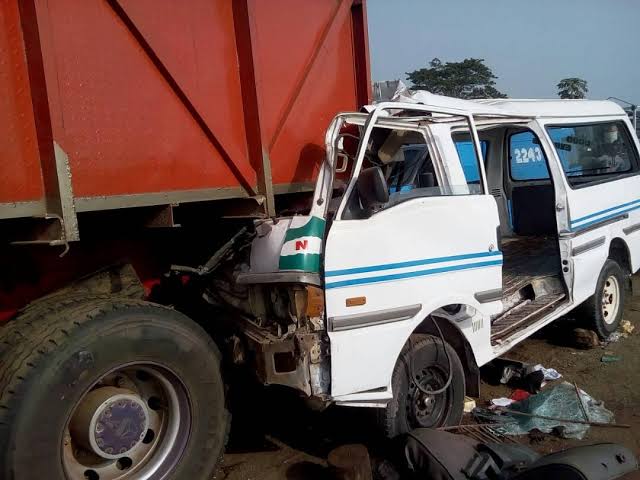 Nine persons have been confirmed dead while 16 others sustained varying degree of injury in a road crash on the ever busy Lagos-Ibadan Expressway on Wednesday.

The Ogun State Sector Commander of the Federal Road Safety Corps (FRSC), Ahmed Umar made the confirmation while speaking with journalists, explaining that the accident occurred at about 3.45pm. around Wich Tech Company, near Danco Station on the ever-busy expressway.

According to him, the accident involved a commercial white Mazda Bus with registration number: APP 28 YE and a blue Volvo Truck with no number plate.

He said that the corpses of the deceased had been deposited at the morgue of Idera Hospital, Sagamu, while the survivors were receiving treatment at the same hospital.

Umar advised motorists to exercise patience and remain calm, as the situation in the axis would soon be normalised.

End Of The Road – Poly Student, Five Others Nabbed For...