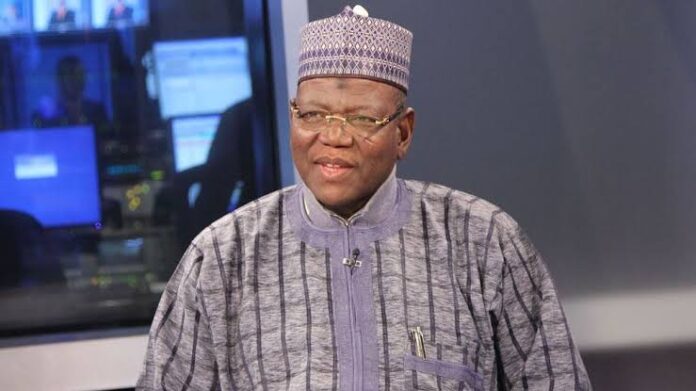 A former Governor of Jigawa State, Sule Lamido has declared that the ruling All Progressives Congress (APC) faces a bleak future and may not survive the year 2023.

Lamido, a former Minister of Foreign Affairs, stated this in an interview with Daily Trust, adding that Nigerians were tired of the ruling party because of failed promises and lies, expressing optimism that the opposition Peoples Democratic Party (PDP) will be back to power in 2023.

Lamido, who also insisted that the APC brainwashed Nigerians to believe that everything evil in the country was caused by the PDP, criticised President Muhammadu Buhari and the APC leadership for encouraging cross-carpeting into the ruling party, alleging that they had been using blackmail to get members of the opposition into their fold.

“For Buhari to now receive PDP members in the Villa, that is irresponsible. This means corruption because to steal PDP’s ticket and take it to another party is the worst corruption ever,” Lamido said.

Speaking on efforts at getting him to move to the APC in 2014, Lamido said leaving the PDP would mean biting the fingers that fed him.

“I refused to go because I did not think they were sincere. And they are dubious in their approach. They lack simple courtesy. How would they abuse me and come back to me, saying something different?

“In all our aspirations and divisions as citizens of this country, politicians or activists, we should put Nigeria first. Let Nigeria be built, whether you are in the APC or PDP,” he said.

The former governor also noted that the call for restructuring was fuelled by loss of confidence in the system, bad governance, injustice and nepotism.

Stay Away From Our Leaders, PDP Senate Caucus Tells EFCC

Yiaga Africa Thumbs Up Anambra Voters For Their Residence, Enthusiasm