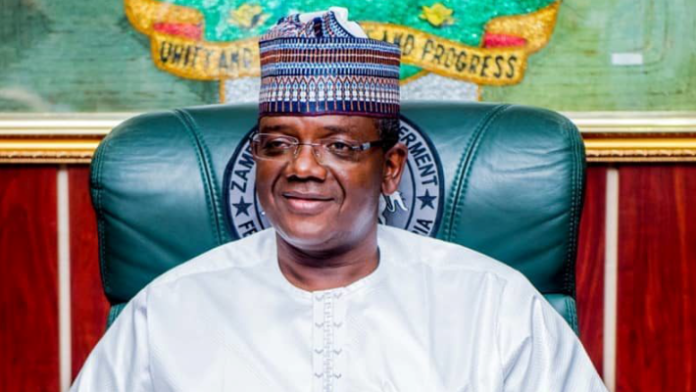 The All Progressives Congress {APC} is set to officially receive Zamfara State Governor, Bello Matawalle at a grand rally on Tuesday in Gusau as he formalizes his  defection to the ruling party.

The grand rally, according to reports, is scheduled for the Trade Fair Complex in Gusau, the state capital by 10am.

NaijaNewsNow had reported Matawalle’s defection on Sunday and that he will officially declare his defection from the Peoples Democratic Party {PDP} on Tuesday.

The governor will be received by APC officers both from the state and the national level, including state governors

Reports from the North-West state has it that Matawalle had been planning to dump the PDP for the APC since his colleagues from the Southern part of the country accused him of controlling the gold mines in the state.

He will be defecting to the APC along with the states and the National Assembly members except a member representing Anka Mafara Federal Constituency, Honourable Kabiru Mafara.

There are however indications that the state Deputy Governor, Barrister Mahdi Aliyu Gusau and few officials of the PDP might remain with the opposition PDP.

Kano Govt To Present Charges Against Sheikh Abduljabar On August 18

‘Be Ready For A Sting’, IPOB Threatens Uzodinma Over Commander’s Killing