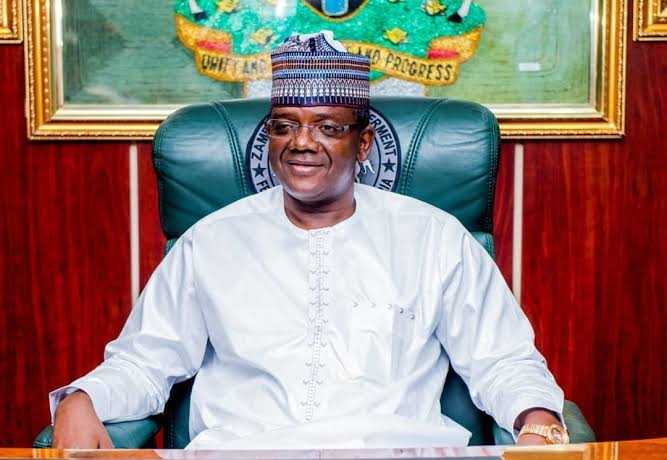 Governor Bello Matawalle of Zamfara State, on Thursday released a statement that is caustic in all intent, threatening and potentially condescending in tone and text.

Matawalle, who came on board as the state governor thanks to the intra-party crisis that engulfed the All Progressives Congress (APC) in Zamfara in the build up to the 2019 general elections, was seen by many as a potential shinning light among state governors owing to the his initial actions and policy statements. However, his recent utterances seem to be portraying him differently.

In the Thursday statement, Matawalle pointedly threatened reprisal attacks against Southerners and their interests in the North over what he called attacks on Notherners in the south, an act condescending for the high office he occupies.

Urging Southern leaders to stop the attacks to prevent the extreme situation of North’s reprisal, he said: “Recent happenings in the country have made it expedient for me, as a political leader and a proud Northerner, to issue this important statement.

“This is not the time to play politics or to play to the gallery, but a time to tell ourselves the real truth, for the benefit of peace and progress of our country, and to prevent the looming anarchy that some disgruntled, unpatriotic Nigerians want to drag the nation into.

”Considering the manner we play politics in Nigeria–politics without conscience–the public may expect a statement like this to come from a governor or a leader of the APC, but I choose to make the following statement even as I remain a proud member of the opposition PDP, for the sake of our nation; for peace to reign and in the overall interest of the North.

“Despite what Northerners are experiencing today in many parts of the South-West and South-East in particular, all we hear is the conspiracy of silence from Northern leaders and elites who are supposed to stand firm, in the manner in which other leaders of the South are doing even when they know that their people are at fault. This must not continue.

“As northern leaders, our dignified silence in the face of constant provocation and assault, because of our desire for peace, must not be taken as a sign of weakness.

“Indeed no community, or region has the monopoly of violence.

“If Northerners and their means of livelihood will not be protected, accommodated and be dignified anywhere they choose to stay in any part of the South, Southerners should not expect protection from the North as the North has more than what it takes to respond to any kind of aggression and hatred.”

According to the governor, the South hates the North and that’s why Northerners are being killed in the southern part of the country. However, Matawalle, in his emotional rush, northern solidarity and outburst, seem to have forgotten that what he has just done what qualifies for ethnic profiling, lumping everyone in the south into the same basket of hatred and allegedly guilty of killing Northerners. This is the same thing Matawalle and his co-travellers have been accusing Southerners of whenever they complain about the atrocities of herdsmen terrorising the Southern states through kidnapping, killings, rape and destruction of farms.

For Matawalle, not every fulani man or Fulani herder is a criminal but the entire South hates the North and has been killing Northerners; where is the balance? How can you accuse a people of hatred and killing when you are against alleging that the herdsmen killing in the South are Fulanis, even when there are concrete evidences to back up the allegations?

Continuing, Matawalle referred to the recent ethnic clash in Shasha Market of Ibadan between Yoruba traders and their Hausa counterparts, claiming that there was no Justice for them.

The governor, who claimed the Hausa traders lost billions of Naira in the clash, said: “We have seen the destruction, the killings and the devastation recently at Sasha Market against Northerners and their economic interests.

“Properties worth billions of Naira were lost in addition to human lives, yet some leaders in the South-West are downplaying the atrocities committed or, worst still, justifying it.

“Some of them have shamefully gone to the extent of apportioning blames on the victims and casualties of their aggression.”

Though one cannot blame the Zamfara governor as he was out in the statement to defend the interest of the North, forgetting that as a political leader, he ought to seek for ways of cementing the bonds and seek for ways to make peace among the many ethnic nationalities in the country, one is amazed that he could be beating what appears like the sound of war!

“The North is very much aware of such weaknesses and disadvantages the South is exposed to whenever there is such crisis but we always choose the path of peace and cherish peace beyond any act of lawlessness and hatred.

“Simple statistics on instances of unprovoked attacks against Northerners and their economic interests in the South in recent times can tell who is more tolerant, accommodating and peaceful between criminal elements and their backers that are well known in sponsoring such hatred and attacks against Northerners in the South, and our own people”, the governor unfortunately said, while throwing caution to the winds.

Also laughable is when Matawalle, in his statement said the protests against President Muhammadu Buhari’s medical trip to London is a further demonstration of the hatred of the South for the North. According to him, the exercise of the fundamental rights of the people to protest against what they disagree with is tantamount to displaying hatred for the North.

The governor went a step further by declaring that whoever is not happy with the current situation in the country should either go to court or park his bags and get out of the country.

He said: “Nigeria is one. Whoever doesn’t want to believe in the current constitution, which is so far the legal and legitimate instrument behind our existence, should wait to challenge it through established legal and legitimate means, or pack and leave the country. We will not tolerate any form of intimidation any longer.”

The question is, is that the best Matawalle can say about the many challenges facing Nigeria, most of which are structural and constitutional? Is the Zamfara governor, is good conscience saying nothing is wrong with the Nigerian nation and that those agitating for things to be done properly are mere meddlesome interlopers? Or when did speaking out and demanding for the restructuring of Nigeria become intimidation?

One would have expected Governor Matawalle to face squarely the many challenges facing his state, chief of which is banditry and find a lasting solution to the menace, stop the constant killings and abduction of his people. He should rather champion the freedom of his people from the shackles of bandits before becoming the Northern champion he is fast turning into!

Attacks By IPOB, ESN Contrary To Political Solution Being Advocated For...