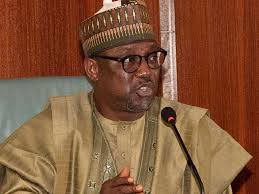 The Gurmana community in the Shiroro Local Government Area of Niger State has been invaded by bandits, killing one person and abducting 10 others.

According to reports, the bandits invaded the community in broad daylight on Friday on motorcycles, shooting sporadically to scare villagers. They were said to have moved from house to house and carted away properties.

Besides the killing and kidnapping of the people, some houses and barns of yams and other foodstuffs belonging to the villagers were also set ablaze.

A member of the local vigilante in the community, Idi Fylo was said to have narrowly escaped being killed by the bandits, who set his house and other valuables ablaze

Another prominent member of the community, Maiangwa Sarkin Zamma who was reportedly shot in the right arm was immediately rushed to a nearby clinic for treatment.

The bandits have been raiding villages in the area almost on daily basis since they killed six soldiers and a policeman in Allawa and Bassa last week, forcing the villagers to flee their abode.

South-South Pushes For 50 Percent Derivation, Stop Payment Of Derivation To...

We Are Not On Vengeance Mission In Abia, Army Refutes Media...