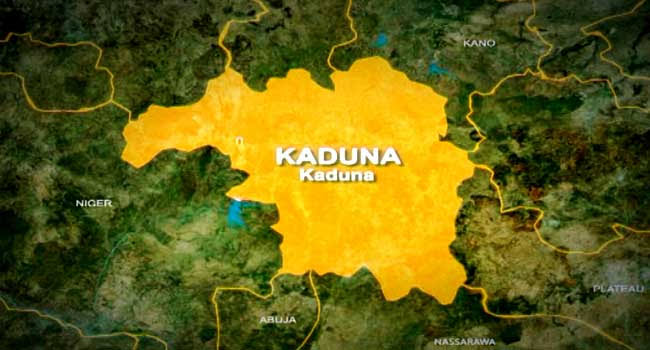 Bandits, who kidnapped about 40 people, including members of the Cherubim and Seraphim Church Movement in Bayan Kasuwa Quarters of Kasuwan Magani, Kajuru Local Government Area of Kaduna State, have reportedly demanded for N200 million before they could be released.

This was disclosed in a statement issued by the National President of the Southern Kaduna Peoples Union (SOKAPU), Dr Awemi Maisamari in Kaduna, on Monday.

According to Maisamari, the kidnapping took place on September 12 and 13, at Kasuwan Magani area of Kajuru LGA, some few kilometres away form the metropolis.

Maisamari noted that there was still no breathing space for communities in the southern part of the state as terrorists kept attacking residents.

He said: “There is still no breathing space for communities in Southern Kaduna. Terrorists, jihadists, bandits and armed herdsmen, have continued to plunder and wreck communities in the southern part of the state.

“The latest are the mass abductions that took place on September 12 and 13, 2022, at Kasuwan Magani in Kajuru LGA of Southern Kaduna.

“Kasuwan Magani is about 20km south of Kaduna metropolis on the Kaduna-Kafanchan Express road and hosts the biggest weekly market in Kaduna State.

“On the first day September 12, six people were abducted in a night raid by the terrorists at Ungwan Fada part of the town.

“With no measures put in place to forestall recurrence, the following day, September 13, the terrorists stormed the Cherubim and Seraphim Church, during a night vigil programme at the Bayan Kasuwa quarters of Kasuwan Magani Town, at around midnight.

“They succeeded in carting away more than sixty people from the church and neighboring houses. However, they were not able to take all of them away because some were very little children, too aged or had health challenges.

“While retreating with their victims to their camps, they attacked Janwuriya village, few kilometres from Kasuwan Magani, and abducted two more persons.

“As at now, 45 people have so far been confirmed abducted.

“Yesterday, however, September 18, 2022, the abductors made contact with some people in the town via phone calls and claimed that only 40 persons were held by them.

“They demanded for a ransom of N200 million, but negotiation is still on going. We do not know the identity or the fate of the 5 missing persons yet.”

PDP Crisis: Atiku Will Not Sacrifice Anyone To Please ‘Autocratic Democrats’ – Melaye

2023: North-Central PDP Drums Support For Saraki, Says He Has Capacity

Bombshell! Most Southern Presidential Aspirants Are Queuing Behind A North-Easterner To...