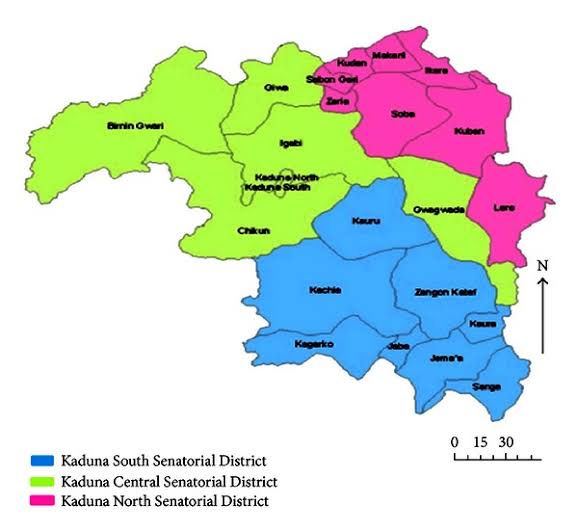 The Wawan Rafi II village in Zango Kataf Local Government Area of Kaduna State was on Monday morning attacked by gunmen believed to be bandits, killing one Joshua Dauda and his seven-year-old son, Phillip.

This was disclosed in a statement on Tuesday morning by the state Commissioner for Internal Security and Home Affairs, Samuel Aruwan, adding that security operatives mobilised to the area forced the assailants to retreat into the forests.

“So far, two corpses have been retrieved. The citizenry will be updated on further developments,” he said.

According to Aruwan, the troops mobilised to the area, recovered eight empty cases of 7.62mm ammunition at the scene of the crime, noting that the attackers burnt seven houses, one car and one motorcycle.

I Am A Good Christian! Ondo Senator Denies Hypnotising Youths With...