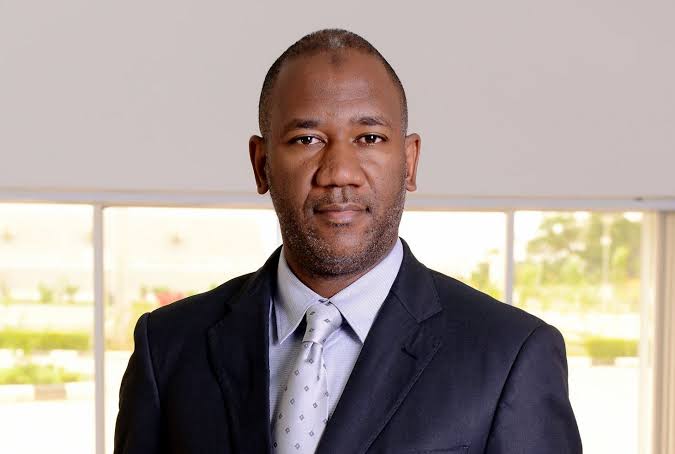 The vice presidential candidate of the All Progressives Congress (APC), Senator Kashim Shettima got on the wrong side of his Labour Party counterpart, Datti Baba-Ahmed on Thursday, as the later said he is intellectually lazy.

Baba-Ahmed, who sarcastically applauded Shettima, over his “improved dress sense” to public functions, however described the former Governor of Borno State as a “morally-bankrupt character” who is out of touch with reality.

Baba-Ahmed, who spoke at a conference held in Abuja on Thursday,, observed that Shettima had seemingly improved in his dressing lately, in obvious reference to Shettima’s appearance at the 2022 Annual Conference of the Nigeria Bar Association (NBA).

While accusing Shettima of having a penchant for belittling his political opponents, the LP vice presidential candidate urged him to improve on his public composure and discipline.

He said: “We congratulate Mr. Shettima on having improved his dressing, but equally remind him that he needs to improve on his public composure and discipline in communication.

“Shettima is called upon to speak kindly and more responsibly about all personalities if only to uphold long-established standards. Little wonder he has consistently put to shame the noble heritage of the great Bornu Empire, in his unguarded and uncultured public pronouncements, which expose his intellectual laziness and discomfort with empirical facts and arguments.

“Regular insults which have now become his trademark, have not spared the current Vice President whom he directed to go and sell ice cream, nor the former vice president whom he described as a pure water seller, a noble venture which serves the populace better than a certain white substance.

“It is pertinent to recall how Mr. Shettima at a recent public event belittled Atiku Abubakar’s educational qualification as well as the modest lifestyle of Peter Obi. Clearly Mr. Shettima is out of touch with reality and cannot understand that people like Peter Obi who have reached the heights in business and material achievement have long transcended the need for ostentatious display of wealth.”

Baba-Ahmed, who was obviously livid, noted that the ruling party’s strategy against Obi now appeared clearly centered on promoting falsehood, in addition to derogatory personal attacks, because they can find no contentious points of negativity to push.

He also had harsh words for the presidential candidate of Peoples Democratic Party (PDP), Atiku Abubakar, who he described as introducing unethical standard into his campaign.

“It is important to underline that oaths of office do not expire with tenure, and hence the comment that the Northern electorate do not need a Yoruba or Igbo leader is greatly at variance with the oaths of office taken in 1999 and 2003 respectively, and the Peace Accord of 2022.

“This is to call upon the owner of the statement to respectfully retract same in order to be readmitted to the honour list of esteemed presidential candidates. Truth of the matter is that every Nigerian from anywhere needs a credible and competent president”, Baba-Ahmed added.

Labour Party’s Performance In Osun Governorship Election Not A Verdict On Our Strength, Obi...

State Of The Nation: Obasanjo, Sultan, Others To Meet In Abuja, As Group Accuses...