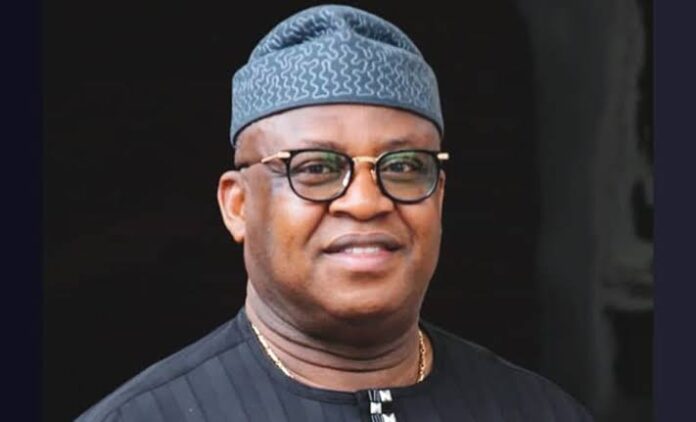 The South-South zonal chairman of the Peoples Democratic Party (PDP), Chief Dan Orbih, has declared that the defection of Cross River State Governor, Ben Ayade from PDP to the All Progressives Congress (APC) is selfish and personal.

According to Orbih, who stated this when he led the zonal executives of the party to Calabar on Friday, said the defection would not affect the fortunes of PDP in the state or the South-South region of the country.

Ayade, who also vowed that his party would reclaim the state and the region, said: “The recent defection of Ayade is unfortunate and the South-South is PDP with or without Gov. Ayade.”

He also reiterated the commitment of the party to “reclaim the government of Cross River”, adding, “I am happy with what I am seeing here. The South South Zone is a PDP Zone.

“It must remain so. The people of this state have always voted PDP and with your support will continue to vote PDP. The decision to take our mandate to another political party is indeed unfortunate.”

Orbih equally highlighted the “continued neglect and marginalisation of the South-South zone by the ruling party.

“The time to start the work to reclaim our Government is now. Let people know the decision to leave is selfish and personal. Come to think of it what is a APC bringing to the table?

“Is it the insecurity, bad roads, non constitution of the NDDC board, kidnapping of innocent citizens, Boko Haram, the atrocities of Fulani herdsmen, bad roads. The list of failure is long”, appealing to stakeholders of the party to close ranks and unite in order to bolster their chances in the upcoming 2023 elections.

Present at the meeting were a former governor of the state, Liyel Imoke, two Senators; Sandy Onor and Geshaw Bassey as well as five members of the House of Representatives.

Others were some Cross River State State House of Assembly members, former Senator Orok Duke, and Members of the party’s Board of Trustees (BoT), Col Pam Ogar (rtd) and Prof. Mrs Stella Attoe

In his remarks at the event Imoke commended Chief Orbih for the visit.

He said: “We celebrate and acknowledge him and his team. I believe that this is the most active zonal committee of our party and it is for the simple reason that Dan Orbih is steering it.”

Ohanaeze Ndigbo Calls For The Release Of Nnamdi Kanu, Other Igbo...