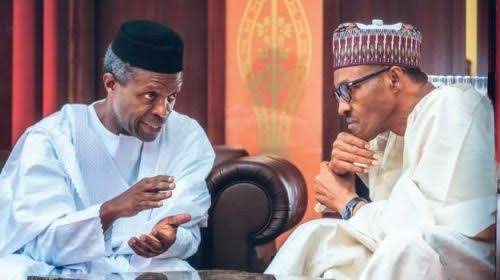 A faction of the Ohanaeze Ndigbo Worldwide has advised President Muhammadu Buhari, his deputy, Yemi Osinbajo and other notable personalities in the country to avoid flying private jets for the time being in the wake the Nigerian Air Force aircraft crash that killed the Chief of Army Staff, Lieutenant General Ibrahim Atahiru and 11 others on Friday evening.

“President Buhari, V.P Osibanjo, and others should avoid flying Private Jets until the investigations of the NAF ill-fated flight that crashed at Kaduna are concluded and made open to Nigerians,” the group said in a statement by its Secretary General, Mazi Okechukwu Iziguzoro on Saturday, adding that the airforce plane crash was ‘suspicious’ and had signs of a ‘possible sabotage’.

The statement reads: “Ohanaeze Ndigbo Worldwide consoles with President Muhammadu Buhari and Nigerian Army over the demise of Lt- General Ibrahim Attahiru and ten others in the air force plane crash in Kaduna on Friday 21/5/21.

“This is perceived as a result of sabotage that should be investigated and the late Army chief with others had paid the supreme prices for peace to return to Northern Nigeria.

“Ohanaeze queries if the era of plane crashes as phenomenal occurrences for supreme prizes for patriotic Nigerians had returned?”

CAN Laments Non Rescue Of Abducted Train Passengers 30 Day After

Abiodun Has No Hand In The Detention Of Blogger, Aide Claims