Home Scoop Atiku-Okowa Ticket: I have Resorted To Fasting And Prayer, Ortom Says 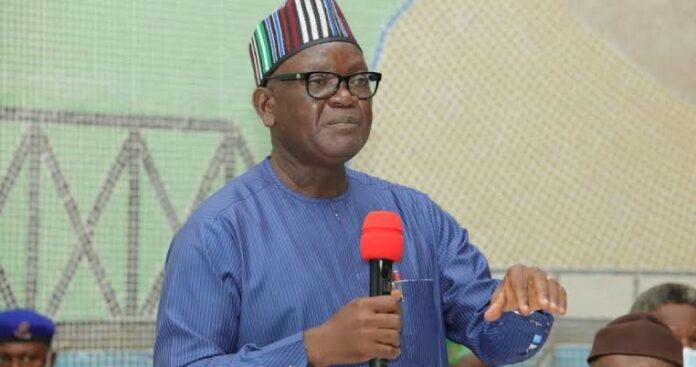 Benue State Governor, Samuel Ortom, on Wednesday said he has resorted to prayer and fasting since Delta State Governor, Ifeanyi Okowa emerged as the running mate to the presidential candidate of the Peoples Democratic Party (PDP).

Governor Ortom, who disclosed this on Wednesday in an interview with Arise TV, insisted that his Rivers State counterpart, Nyesom Wike, and others who backed Wike for the vice-presidential ticket slot of the PDP deserve a detailed explanation from Atiku Abubakar.

The Benue State Governor said it was surprising that Atiku could jettison the recommendation of 14 out of 17 members of the committees that recommended Wike as his running mate.

But reacting to Atiku’s choice of Okowa on Wednesday, Ortom said Wike deserved his current vacation in Turkey after what he went through, adding that though Okowa was not a bad choice, he believed Wike was the right man for the job owing to his character, capacity and intellect.

He said: “My friend Wike deserves the vacation after what he has gone through. Some of us believe he (Wike) has the capacity and charisma to lift this country from bottom to top compared to what has been happening. We have been taken from the top in 2015 to the bottom since this present administration came into power.

“Some of us believe that Wike has the capacity but Nigerians or let me say the PDP people did not give him the opportunity. Some of us rooted for him. I was amongst the 17-member committee that was set up by the candidate himself and the party and some of us said that for the vice presidency of the party, we needed Wike to be the vice president so that he can bridge the gap.

“Some of us have resorted back to prayers because I am really confused. I felt that Wike would have been the vice-presidential candidate of the party after losing the presidential ticket to Atiku. He was the second person to Atiku and Wike has the charisma.

“All of us have our weak spots. Wike can be something but when it comes to mobilisation, impact, value addition and reaching out, and making sure that the party works, Wike is an instrument. Wike is somebody who stood for the party and makes sure that things work.

“So, for some of us, we believe in him but unfortunately, it was somebody else and it doesn’t matter because the party is supreme. But for some of us, now I have resorted to prayers and if you haven’t seen me in Turkey, it is because I am praying.

“I have resorted to prayers: Lord God, where do we go from here? Where is our country going and what is our problem? I tell you as a Christian, that I believe that power belongs to God. John 3:27 says “A man can receive nothing except it is given to him from above”. If God says it is Atiku and if God says it is whoever, that is all.”

On if he supports Atiku, Ortom said: “I told you I am praying. I have gone into hibernation and I am fasting and praying. So, in the end, if God directs me to support Atiku, why should I not do it? After all, he is my party man.

“But I am waiting for him because there are more things he is expected to do. I expected him to reach out to Wike who came second and he denied him the popular view of PDP members. 14 out of 17 members say that Wike should be the VP but in his wisdom, he chose Governor Okowa. Governor Okowa is a nice man and my friend and I have no problem with him. But if we are in a democratic era, and 14 people out of 17 said that it should be Wike, and he in his wisdom gave it to Okowa, I expect more explanation, I expect him to talk to Wike first, I expect him to even reach out to some of us so that together we can work as a party.

“But the bottom line for me is that I have gone into hibernation and I am praying and at the end, whatever God directs me, I can assure you that I will do it.”

Malami Denies Reports Alleging He Made Derogatory Post against Igbos

Left In The Cold! Northern CAN Denies Endorsing Yahaya Bello For President

Strike: ‘Students’ Interest Should Be Paramount In Your Decision’ – Olubadan...