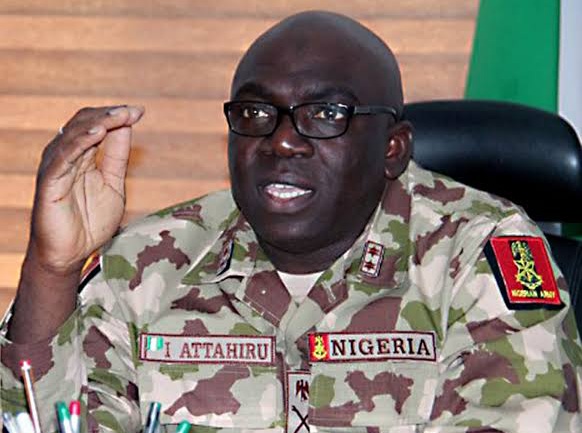 The Nigerian Army on Monday confirmed the death of an officer and six soldiers in Sunday’s counterinsurgency operation in Mainok, Borno State, adding that five soldiers also sustained various degree of injuries.

In a statement on Monday, the Director of Army Public Relations, Brigadier General Mohammed Yerima, said the security personnel were attacked by insurgents mounted on gun trucks, and foot soldiers with the intent of establishing a caliphate in Mainok town.

According to him, during the ensuing battle between the troops and the insurgents, the soldiers lured a number of the terrorists into a killing zone within their camp before the Air Task Force of Operation Lafiya Dole scrambled Alpha jets and helicopter gunboats which took turns to decimate the trapped terrorists, leading to the killing of scores of Boko Haram terrorists.

The statement by the Army however failed to disclose how the officer and the soldiers died, as there were reports of some soldiers being killed when the Air Force mistakenly fired at them during the Mainok battle. The Air Force, in a statement said it would investigate the report and give a feedback to Nigerians as soon as possible.

Buhari Will Consider The Interest 200M Nigerians In Deciding On Release...

Strike: No End In Sight As Adamu Asks Students To Sue...