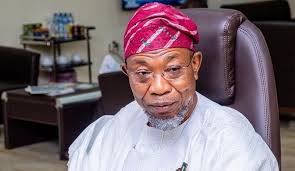 The Minister of Interior, Rauf Aregbesola, on Saturday came hard on agitators for a Yoruba Nation, describing them as “ignorant and foolish” for promoting secession.

The former Osun State governor said this at Ijebu Jesa, Osun State, at his 64th birthday celebration organised for him by the Awolowo Centre for Philosophy and Ideology.

According to Aregbesola, the crisis that might engulf the country if a war broke out could last for over 50 years.

He said: “My most important message for this gathering is to let you know that those advocating for the Yoruba nation are fools and ignorant of the consequences of their action. Nigeria is the reason the Western nations respect the Blackman globally.

“Maybe these secessionists did not know that if any crisis or war happens in Nigeria now, its fallout will linger for another 50 years. So we must guide this unity jealously. Although things are not perfect yet, I believe we should rather advocate better government rather than agitate for secession.”

Speaking at the occasion through a phone call the Ooni of Ife, Oba Adeyeye Ogunwusi, commended Aregbesola for laying a good standard for the development of Osun State when he served as governor.

Security Of Lives And Property Must Be Prioritised For Nigeria To...