Home Lifestyle Apostle Suleman To Men In His Church: I’ll Have You Beaten If... 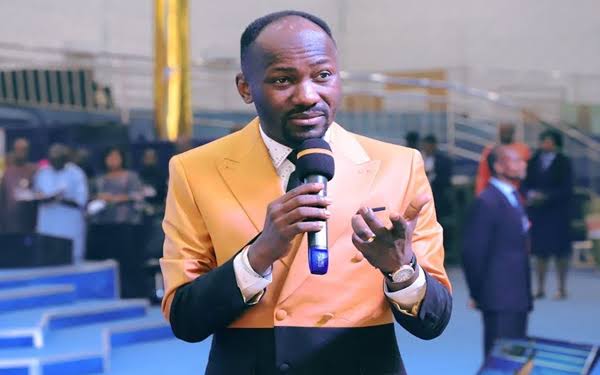 The General Overseer of the Omega Fire Ministries International, Apostle Johnson Suleman, has warned men in his church that he will ensure that any man who assaults his wife gets beaten too.

Apostle Suleman also advised women in abusive marriages to leave while they are still alive, adding that they will only end up being buried as a result of domestic violence.

The Auchi based pastor gave the warning while addressing his congregation over the death of Gospel music singer, Osinachi Nwachukwu, who allegedly died as a result of domestic violence.

“When I once said there are certain marriages that should break, there was nothing they didn’t say about me. That’s why I kept quiet now, or did you hear me say anything?

“But that’s what everyone is saying now. Somebody reached out to me, saying, ‘when you said it years ago they insulted you.’

“All those women that their husbands are beating, don’t they have brothers? If they don’t have biological brothers, they have Christian brothers.

“If you are in this church and you are beating your wife, stop it. If she reports you to me, we will beat you.

“I will go to the police station and take permission before I gather brothers in this church to beat you.

Cowed! el-Rufai Says He Withdrew His Son From Public School Because Of Banditry