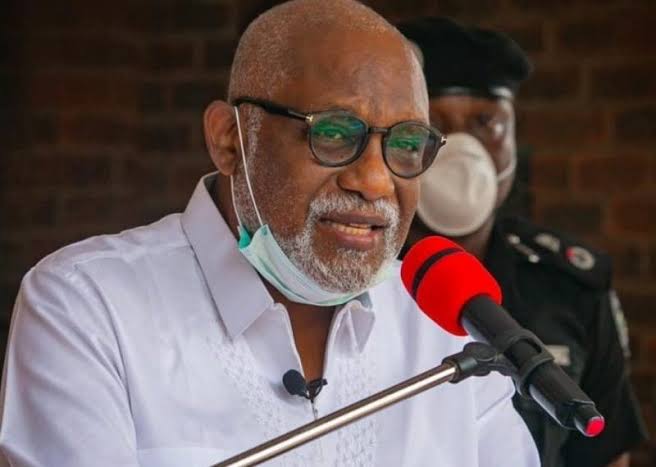 Ondo State Governor, Oluwarotimi Akeredolu (SAN), on Tuesday vowed to protect the people of the state at any cost, including the full implementation of the state version of the anti-open grazing law he recently signed.

According to Akeredolu, although the anti- open grazing law put in place in the state was not pleasing to some people, he vowed to stand by it and ensure that farmers are saved from losing their farm crops as a result of the outdated open grazing practice.

The Governor spoke in his office on Tuesday while receiving the Pastorate of the Deeper Christian Life Ministry led by the State Overseer, Pastor Jacob Asubiojo.

He also noted that the efforts made on Amotekun and the outlawing of open grazing were not targeted at anyone, adding that the need to protect the people and ensure mutual understanding informed the development.

He said members of the Miyetti-Allah Cattle Breeders Association of Nigeria in the state are ready to cooperate with his administration on the open grazing ban, adding that the state government is partnering with the Food and Agriculture Organization to train herders on feedlot.

He said: “I want to urge you to intensify your prayers for us. We need it. You have referred to our efforts in trying to secure this our homeland. We have made efforts, we established Amotekun and banned open grazings.

“What we are saying is that your herds can not keep destroying our crops. The FAO has come and we have discussed it. The Meyetti-Allah here in Ondo appears to want to cooperate with us because they know that when their cows destroy crops, we seize their cows and they pay the farmers before they are released.

“The FAO will train them on how to do feedlot. They will be trained to make feed and take it to the cows. We are not discriminating against anybody. We just want to make it clear that you can’t make your own ends meet and destroy other people’s source of livelihood. We know your prayers are very important to us. We need it.”

You Are To Blame For Worsening Insecurity, APC Rep Tells Buhari...