Home Scoop Another Workers’ Union Down Tools, As ASUP Calls Out Its Members 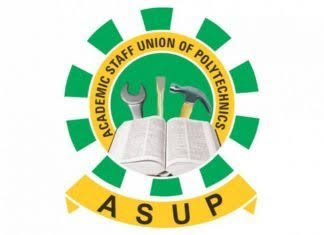 The leadership of the Academic Staff Union of Polytechnics (ASUP) on Tuesday announced the commencement of an indefinite strike.

The announcement of the strike by ASUP is coming the same day the Judiciary Staff Union of Nigeria (JUSUN) also embarked on an indefinite strike, leading to the shutting down of courts in the country over agitations for financial autonomy for the judiciary. The latest strike is also coming days after doctors under the aegis of National Association of Resident Doctors (NARD) embarked on an indefinite strike.

The National President of ASUP, Anderson Ezeibe, announced the commencement of the strike action at a press briefing in Abuja on Tuesday morning.

It would be recalled that the union had last month announced the strike after the end of its National Executive Council meeting held in Katsina, insisting that the strike became necessary following the inability of government to implement agreements reached with the union.