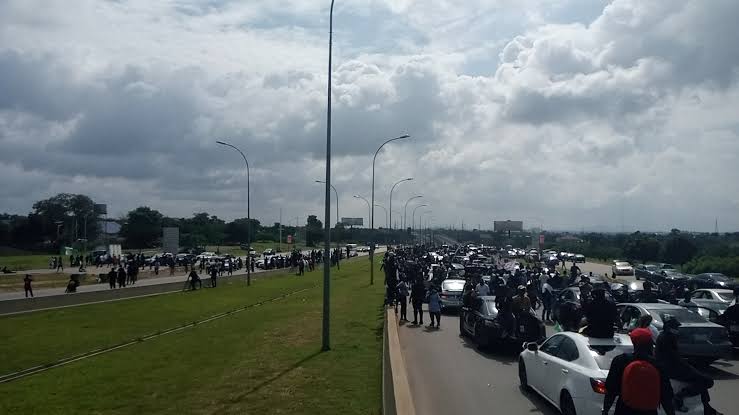 A viral video making rounds on social media of a protest in Abuja, the Federal Capital Territory (FCT), has been described as fake by the FCT Police Command.

The video, promoted as that of a fresh massive protest in the nation’s capital, shows heavy traffic on an expressway, with someone saying the Dantata Bridge in Abuja has been blocked by youths in protest.

However, the FCT Police Command said no protest of such is happening, adding that the video is from the #EndSARS protest in Abuja last year.

“FAKE NEWS! The Attention of the FCT Police Command has been drawn to a viral video of End SARS protesters in the FCT. We hereby state that nothing of such happened as the video itself is an old video of the previous End SARS protest,” the Command tweeted.

‘You Are On Your Own’, Buhari Tells Nigerian Youths FG Has...