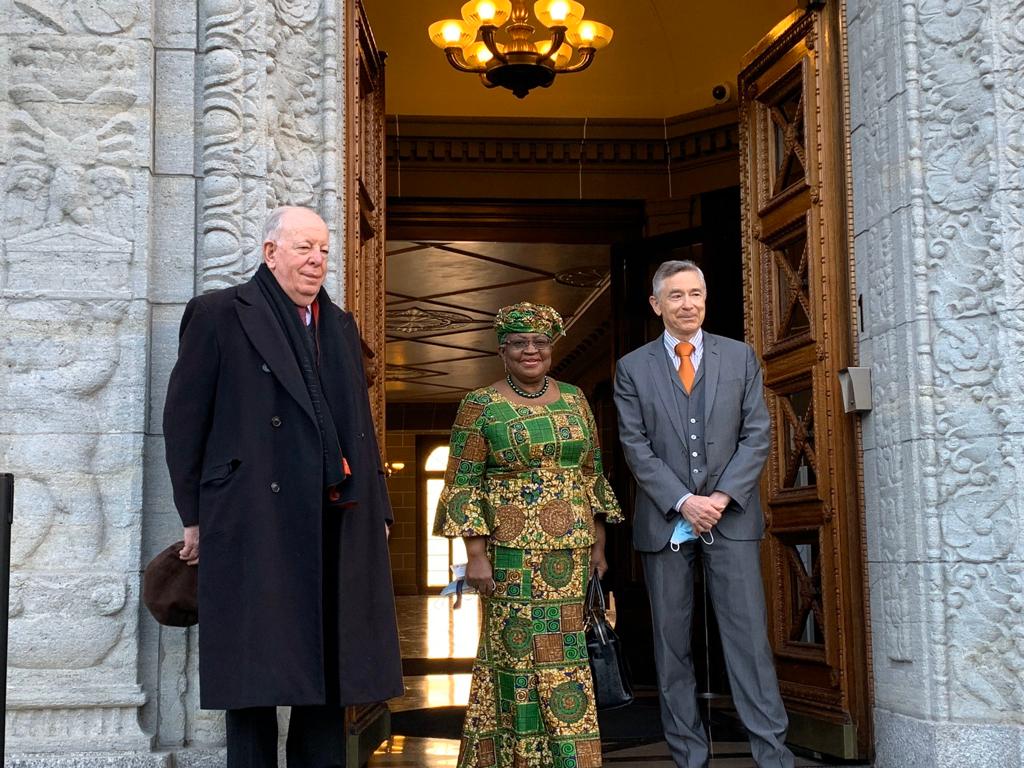 Nigeria’s former Finance Minister, Dr. Ngozi Okonjo-iweala, who was recently appointed as the Director-General of the World Trade Organisation (WTO) has officially resumed at the global trade institution.

Okonjo-iweala, who resumed on Monday at the Geneva, Switzerland based headquarters of the WTO, was welcomed by officials of the trade body and a few journalists.

NaijaNews reports that Okonjo-Iweala, a former Managing Director at the World Bank, whose appointment was initially stalled by former US President, Donald Trump, the first woman, African and Nigerian to lead the global trade body.

Her appointment was sealed on February 15, after the US under new President Joe Biden endorsed her.