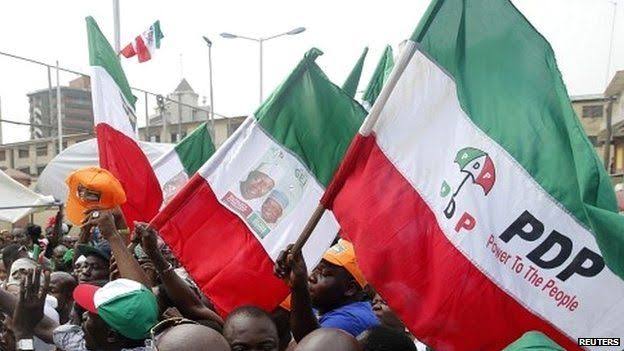 The Peoples Democratic Party (PDP) has said it will not succumb to blackmail and intimidation with the invitation from the Economic Financial Crimes Commission (EFCC) to explain how N10 billion was allegedly diverted.

The EFCC has reportedly invited senior officials of the PDP following an allegation leveled against the PDP leadership by Kassim Afegbua, a chieftain of the party, concerning transactions related to party affairs.

The party, in a statement on Wednesday by its National Publicity Secretary, Kola Ologbondiyan, it will not succumb to any form of blackmail and political intimidation but will “continue in its role of providing constructive opposition as well as being the national platform for all Nigerians in their rally to rescue and secure our nation from the misrule of the All Progressives Congress.”

According to Ologbondiyan, the PDP is a “responsible and public-spirited political party”, adding that they have honoured the invitation extended to the party officials by the commission.

It also noted that the party is not deterred by EFCC’s invitation, maintaining that the PDP did not “raise the sum of N10 billion being frivolously bandied in some quarters as proceeds from the sale of nomination forms.”

The party also urged its members, supporters across the nation and members of the public to remain calm in light of the present situation.

You Are Missing The Point! Yakasai’s Bitter Truth To Gov Umahi, Other South-East Politicians