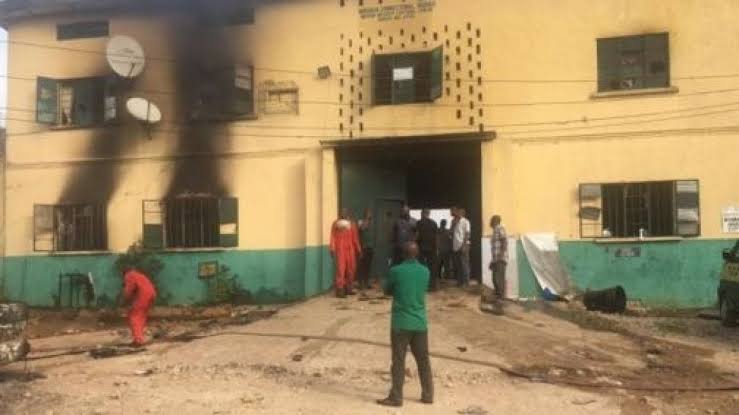 The Akwa Ibom State Police Command on Friday said it has arrested one David Ubong from Ibaka in Mbo Local Government Area of the state. Ubong was said to have escaped from the Owerri Correctional Centre after gunmen invaded the facility, releasing 1,844 inmates in the process.

NaijaNewsNow reports that gunmen, in the early hours of Monday attacked the facility, releasing 1,844 inmates. They also attacked the state police headquarters in Owerri, the Imo State capital, releasing detainees at the cells of the Criminal Investigation Department and burning vehicles parked within the premises.

Confirming the arrest in a statement on Friday, the police spokesman in Akwa Ibom, Odiko MacDon said: “(The) suspect confessed to be one of the inmates who escaped from the Nigerian Correctional Service in the recent jail break at Owerri, Imo State on 5/4/2021. Until his conviction, the suspect was a resident of Obinze in Owerri, Imo State.

“Suspect will be sent back to face his jail term.”

NANS Suspends June 12 Protest, Says It Has No Hand In Buhari-Must-Go Campaign

An Accurate Population Census In 2023 Will Enable Govt To Plan...