Home Scoop Again, Umahi Defends IPOB, Says It Is Not Behind Attacks In South-East 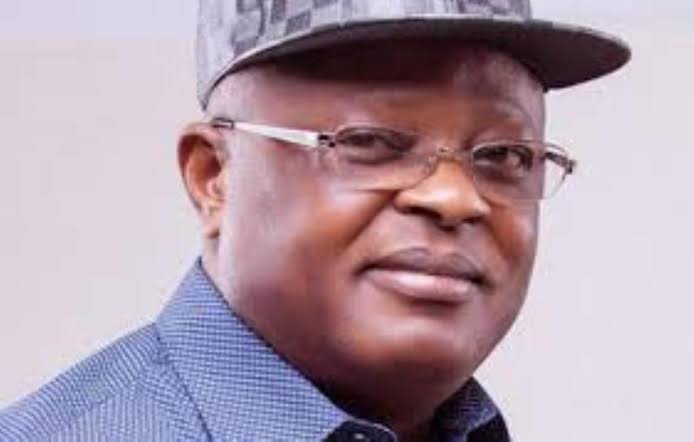 Governor David Umahi of Ebonyi State has again exonerated members of the Indigenous People of Biafra (IPOB) from complicity in the spate of attacks on police formations across the South East.

NaijaNewsNow reports that accusing fingers have been pointing at IPOB and its security outfit, the Eastern Security Network (ESN) as the masterminds of the attacks of police facilities and personnel in the South-East. IPOB has variously denied the allegations.

Umahi, who has also been denying the involvement of the secessionist group, again on Thursday morning, while appearing on Channels Television’s Sunrise Daily, said IPOB is not culpable for the attacks and current insecurity in the region.

According to the governor, IPOB will be defeating it purpose if it was the one carrying out the attacks, as majority of the police casualties are from the South East.

He said: “What is happening now is that some criminals will go and commit crime and say they are IPOB so that they will play into the prosecution of IPOB by the federal government.

“The other day in Ebonyi State, the criminals attacked a police station and carted away arms. The next day, they went to rob with the arms, and fortunately, they were caught. So, these are just criminals carrying out these stray.”

Yoruba Is Not A One Party Race, Obasanjo Says, Asks Ooni To Stop Endorsing...

OPC Hits Fani-Kayode Below The Belt, Says He’s A Merchant Of Lies And Misinformation