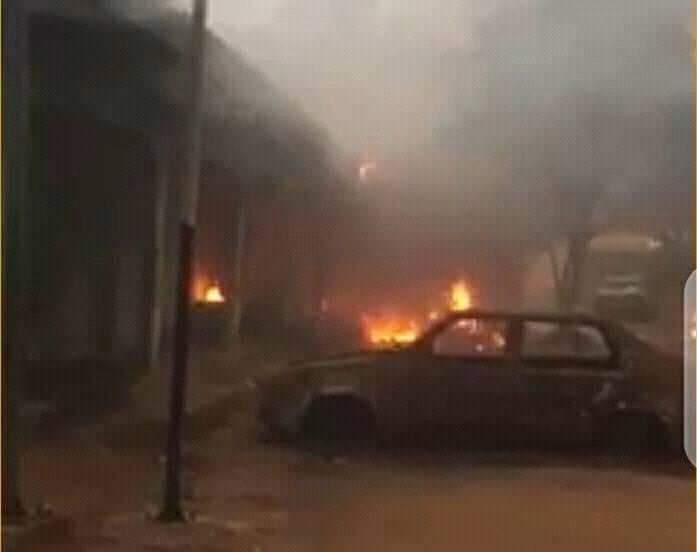 The Wednesday night raid on the police station is coming after the burning of the National Drug Law Enforcement Agency office at Amaekpu.

Confirming the incident on Thursday morning, the Police Public Relations Officer in Abia state, Ogbonna Geoffrey, said two police operatives were shot on the leg, while the generator house and multi-purpose house of Bende Local Government headquarters were touched.

According sources, the incident happened around 10.45pm, adding that suspects who were detained at the station were freed by the gunmen, while the police image-maker revealed that two vehicles and three motorcycles, including a highlander vehicle belonging to the DPO of Bende Police Station, were burnt down.

“At about 10.45, we heard series of gunshots. When we rushed outside, we saw the station on fire”, a source said.

Korra Obidi Reveals How She Is Coping With Marital Crisis