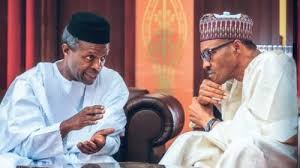 As the general insecurity in the country continue to take twists and turns, especially with the attempted attack by armed robbers on the residence of the Chief of Staff to the President, Prof Ibrahim Gambari with the precincts of the Presidential Villa, Abuja, President Muhammadu Buhari and his deputy, Professor Yemi Osinbajo are currently in a meeting with the nation’s security chiefs.

The meeting, which is coming over 24 hours after armed robbers attempted the attack on Gambari’s residence, was announced by the Presidency via its Twitter handle. It however did not give details of the meeting’s agenda.

The meeting is the third in quick succession, as the President and his deputy had earlier met with the security chiefs on Frisay, April 30 ans Monday, May 4, 2021.

Count Me Out! Obaseki Says He has No Plan To Change Parties Despite Persuations

US threatens sanctions Against Instigators Of Violence During 2023 Elections

It’s Our Turn! CAN Youth Wing Clamours For Christian President In...