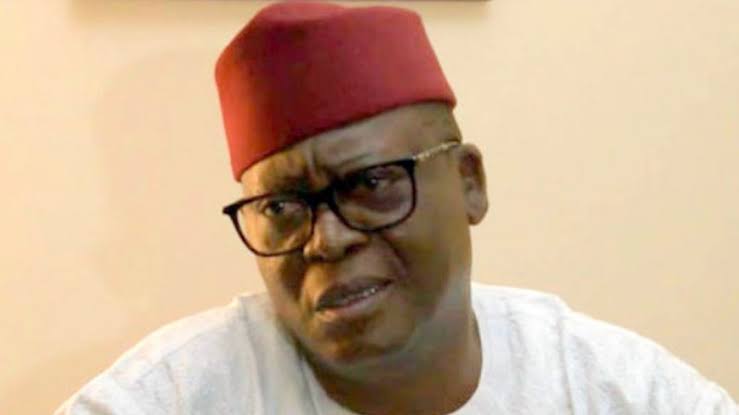 A former spokesman of the Nigerian Senate, Senator Adedayo Adeyeye, has accused Ekiti Statw Governor, Kayode Fayemi of plotting to decimate the ruling All Progressives Congress (APC) with his recent actions and comments.

Adeyeye, who is also the National Chairman of the South West Agenda for 2023, called on party leaders to call Fayemi to order, insisting that the governor’s actions and utterances “smirk of quick, deliberate, steps aimed at rescuing victory from the mouth of APC’s nascent national electoral fortunes.”

The former lawmaker was reacting to the sack of the APC Caretaker Chairman of Ado Ekiti Ward 8, Clement Afolabi for allegedly fraternising with SWAGA, a group which had been canvassing support for the presidential bid of APC National Leader, Asiwaju Bola Tinubu, in a statement by his media aide, Mr. Gboyega Adeoye, in Ado Ekiti.

Adeyeye said: “We condemn the lingering undemocratic approach of Fayemi to issues in recent times and insist on a call to order. We enjoin our party men and women, across the country, to feel free to identify with SWAGA.

“SWAGA is APC, and APC is SWAGA. There is no way a member can commit anti-party offences for favouring the presidential choice of a party man.”

Adeyeye further stated that the political happenings in Ekiti under Fayemi’s watch is “a theatre of the absurd by an evil intending vicious leader with a mission to smash the eggs, kill the hen and put the entire poultry on fire.”

According to the former lawmaker, Fayemi’s treatment of Afolabi was an aberration, adding that his group, “SWAGA is not unaware of the underground plots to frustrate the rising political profile of Asiwaju Tinubu in the Southwest and indeed Nigeria, as the undisputable choice to bring stability into our fragile democracy and lift the nation economically.”

Each House Of Rep Gets N100m For Constituency Projects – Anambra Lawmaker

Orji Kalu: Another ‘Unwilling’ President In The Making?

Wasteful: Akintoye Alleges FG Hiring Foreign Blacks In US With $500...