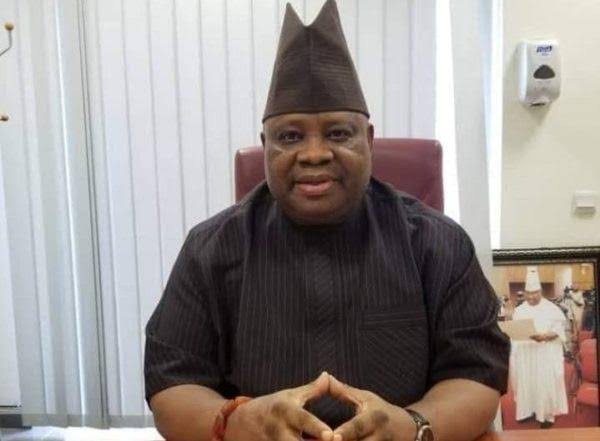 Osun State Governor, Ademola Adeleke has denied withdrawing N5 billion from the state’s accounts or awarding the contract for the reconstruction of the road leading to the Adeleke University in Ede, Osun State.

The governor made the denial in a statement by his spokesman, Mallam Olawale Rasheed on Wednesday, adding that the allegations being peddled on social media is a lie from demented minds.

“The public will recall that Adeleke had, during his inauguration, announced the freezing of all state and local government area accounts.

“That was done right at the venue of inauguration before he had any access to government’s records and finances.

“How can such amount be withdrawn from state account on the day of inauguration when the new leader had no access to state accounts?” he asked

Adeleke, who appealed to members of the public to ignore the rumour, also said tha the attention of the state government had also been drawn to a report of award of contract by Adeleke for the reconstruction of the road leading to the Adeleke University, Ede.

He said the story is a complete falsehood and product of malicious misinformation.

“The new government is still settling down and has not awarded any contract.

“The reconstruction of the said road is a project of the Federal Government to service the Federal Polytechnic, Ede. It has been ongoing since the time of Oyetola administration.

“We urge the public to disregard the report as it is a failed attempt to undermine the integrity of the state governor and that of the administration.

“We repeat, for the sake of emphasis, that Adeleke has not awarded any contract since assumption of office on Nov. 27.”

NYSC Denial Of Security Advisory To Corpers Amounts To Lying If...

Your Call On Mattawale To Resign Is An Empty Threat, APC...