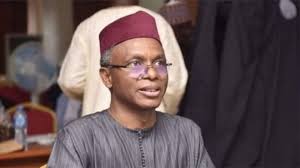 Governor Nasir el-Rufai of Kaduna State has insisted that protests and strike action embarked upon by workers in the state will not stop his plans to sack some of them.

The governor stated this on Monday hours after workers in the state commenced a warning strike over alleged mass sackings in the state.

The Governor, who took to his verified Facebook page to express his decision, said: “Kaduna State Government affirms that the conditions that compel it to rightsize are not altered by the NLC’s campaign of economic and social sabotage.

It would be recalled that Labour unions in the state began a five-day warning strike on Monday to press home their opposition to the imminent sack of workers.

NLC National President, Comrade Ayuba Wabba, said at the flag-off of the action that it would run its full course unless the state government attended to the workers grievances.

Finally, FG To Arraign 400 Suspected Sponsors Of Terrorism On Sept 17

5G: NCC Allays Fears Over Health Concerns, Says It Has No...

DSS Did Not Inform NASS About Pantami’s Past Extremist Views –...