Home Lifestyle Actress Ini Dima-Okojie Says Yes To The Fan That Got Her Bag... 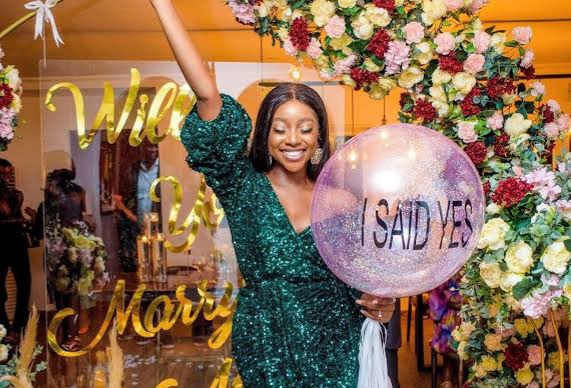 Popular Nollywood actress Ini Dima-Okojie has announced her engagement to a fan that bought her a bag of Chocolate from London. 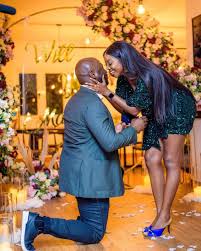 Okojie, revealed this via her verified Instagram page on Saturday, sharing pictures and a video of herself and her sweetheart, Abasi, as he asked her to marry him.

She also narrated how they both started talking after she put up a rant on her Insta stories about not being able to get her favourite chocolates in Lagos. Abasi, who was in London at the time, sent her an email expressing his interest in sending her some of the chocolates.

“One week later, I got a whole bag filled with maltesers. I was so happy, I posted it on my Insta stories saying I had the best fans. But you were not just a fan and boy did you let me know!” She enthused.

Though thinking it would just be another “cute cheeky date with boo”, the actress, brimming with emotions, said “yes” to her heartthrob’s proposal.

The Namaste Wahala actress also confessed she did not hear a word her fiance said while making the proposal.

“I was busy crying,” she wrote.

Titling it as the “best night”, Okojie praised her man for fulfilling her heart desires by giving her the “perfect proposal”.

“I don’t know how you knew, it was like you went into my mind and heart and knew exactly how I would want it,” she added.

I’m Waiting For Them To Mess Up, Toke Makinwa Says Of Hosting BBN S6: The Buzz

States In Trouble As NNPC Says Contributions To FAAC Not Feasible...