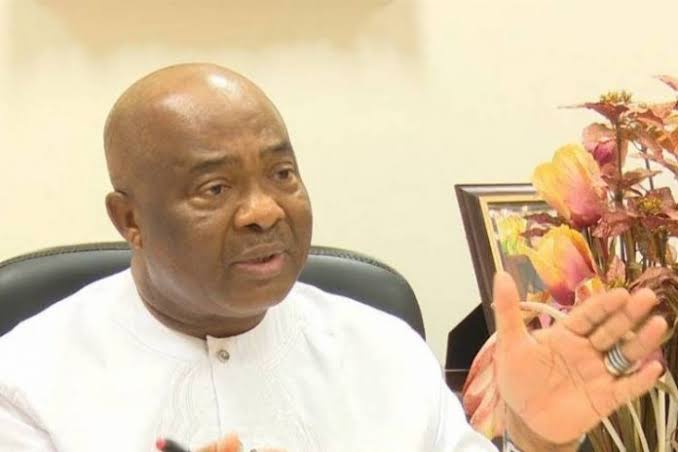 A faction of the Ohanaeze Ndigbo, an apex Igbo socio-cultural organization, has called on Imo State Governor, Hope Uzodinma to accept responsiAcceptbility and apologise for escalating insecurity and violence the state has witnessed in the past few weeks.

The factional group, led by Chidi Ibeh and Mazi Okechukwu Isiguzoro as President-General and General Secretary respectively, was reacting to the attack on the Owerri Correctional Centre and the State Police Command Headquarters on Monday, insisting that Uzodinma should be held responsible.

The group in a statement on Tuesday said: “The uprisings, waves of violence and banditry in Imo State within the last 48 hours is a revengeful mission and well coordinated reprisal attacks against the government of the state in response to the governor’s acceptance of military action and air strikes against peaceful Eastern Security Network and IPOB members at Orlu recently.

“Ohanaeze Ndigbo had previously warned Governor Hope Uzodinma of the consequences of his impulsive actions against ESN in appeasement of his paymasters.

“Consequently, Imo State Governor should now accept the full responsibilities of violence perpetrated in Owerri in the early hours of Easter Monday.

“The pattern and uniformity of the modus of operandi of the perpetrators shows there are evidences of a well coordinated serial attacks in almost all police stations in all Igbo states at the early hours of each day, with the sole targets of amassing ammunitions for the possible full scale banditry in the South-East.

“But the new dimension of the attacks at Owerri Correctional facility points that the perpetrators had equally released their members recently incarcerated by Uzodinmma over the Orlu crisis.

“Governor Uzodinma should tender unreserved apologies to Ndigbo for his non-consultative military actions in the Orlu crisis and the incarceration of innocent people and rescind most of his unpopular anti-Igbo decisions and policies.”

Terrorists, In Video, Claim They Released BOA MD In The Spirit Of Ramadan (Video)